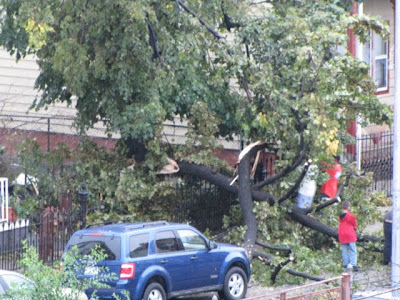 Wow, can you believe that storm?  Tornado-like is right!  I was outside when it hit, stuck on a corner with a vacant lot.  It got so terrifyingly bad so suddenly I didn't even have time to open my umbrella, not that it would have helped!  The closest building required me to either cross a very busy street against the light or walk into the wind, which was impossible since it almost blew me over.  I was pelted with tons of debris, luckily nothing big or heavy.  Eventually a good samaritan was able to open his car door and let me wait out the aftermath.  I thought I was going to die!  I'm very thankful I didn't.  Thank you good samaritan, I should have gotten your name but I was too shell shocked to do so.


Tons of tree limbs were knocked down. 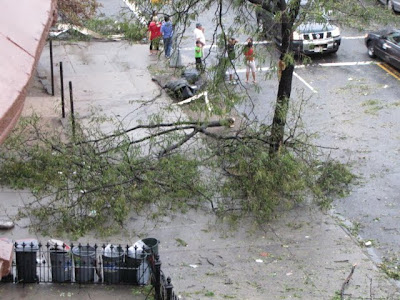 An entire tree was uprooted. 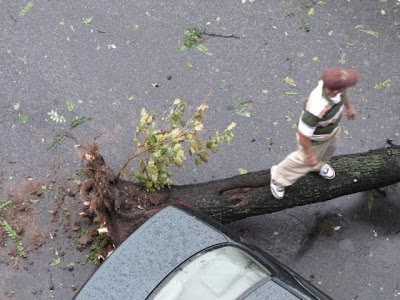 This poor guy lost his roof. 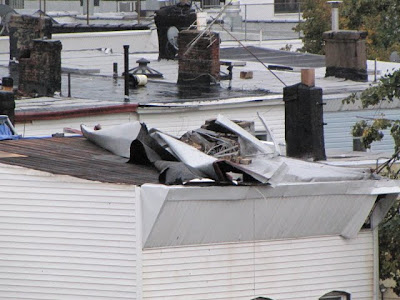 This building lost some siding. 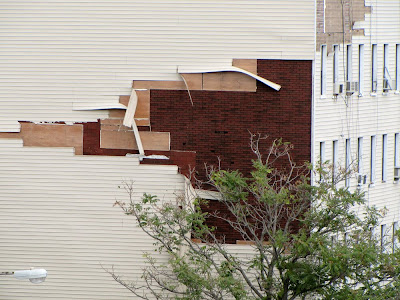 A tree branch smashed the rear window of this car. 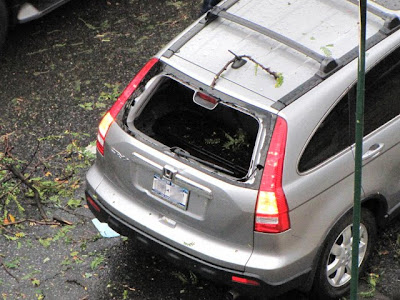 These guys lost their roof too.  It landed in the vacant lot I was close to. 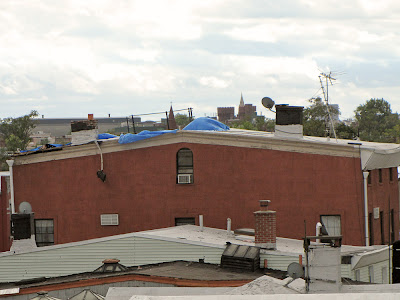 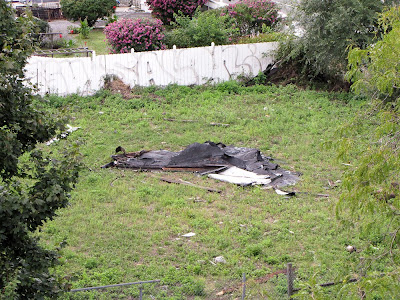 I was less than 75 feet from my home, but I'm actually glad I didn't make it there.  Once the rain stopped I saw this tree limb in front of my building.  I'm incredibly happy I wasn't there when the limb fell. 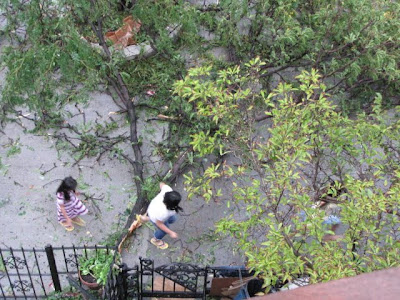 Here's the roof and the vegetable garden.  We accounted for everything except the bbq grill. 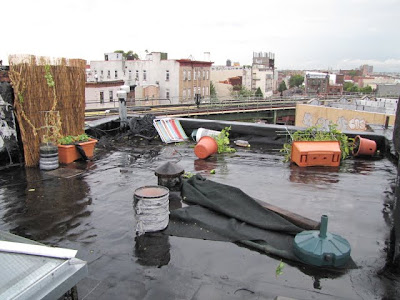 Some of the pepper plants lost a few branches, but I was able to salvage the fallen peppers.  Guess what I'll be eating for the next few days? 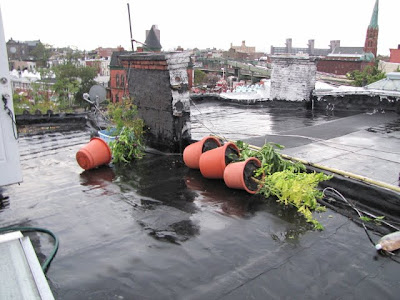 Hopefully the peas will recover. 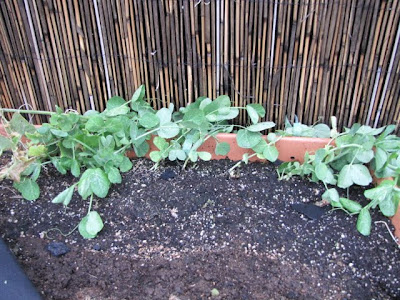 Overall the garden came out ok.  A lot of the containers were knocked over and I lost a bunch of tomatoes, but it definitely could have been worse.

Honestly though, I don't care.  I could have gone on that roof and discovered complete destruction and I still would have been happy with the outcome.  I'm alive!! Woohoo!!!