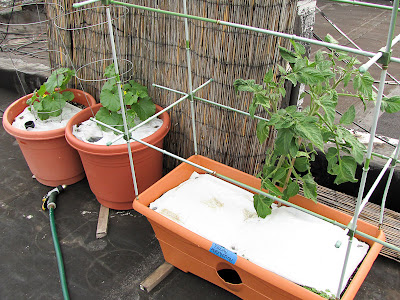 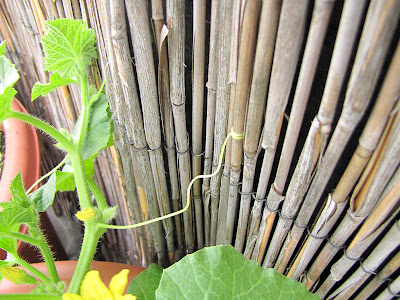 One of the melon plants finally found the reed fence. The other melon plant is growing toward the fence as well so it should attach itself in a few days. 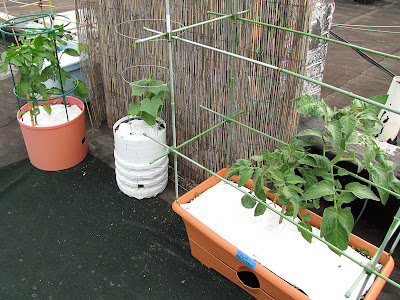 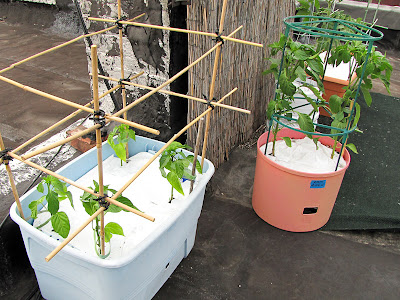 The 4 pepper plants in the blue tote are still small, but the Atris peppers in the Southern Patio container, which were planted over a week earlier than the ones in the blue tote, have really taken off.  They are much taller and are just starting to produce flowers. A lot of leafy growth for the eggplants, but no flowers yet. 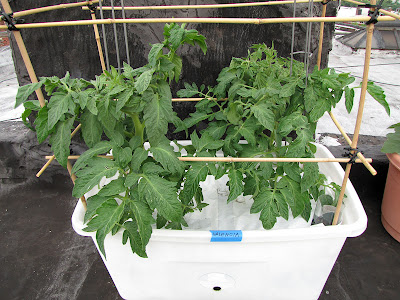 The Valencia tomato plants have really filled out. 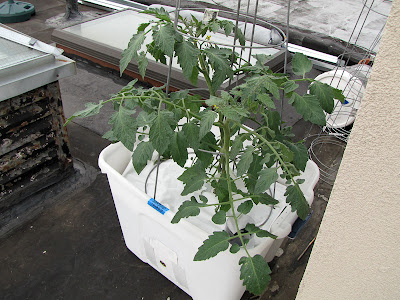 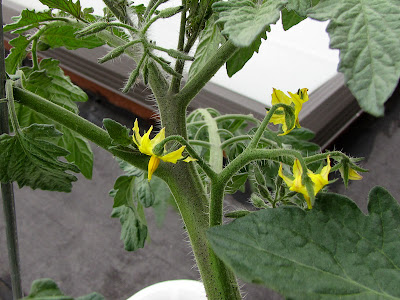 All of the tomato plants have flowered. Obviously it all depends on the weather, but my gut feeling is that by the end of June some cherry tomatoes will be ready to eat.

Nothing is growing indoors right now. I had a mild fungus gnat problem so the container was cleaned out and the windowsill will stay empty until I'm sure the gnats are gone. Besides that, nothing would mature in time before the summer sun turns the windowsill into an oven, so indoor planting is on hold until September.