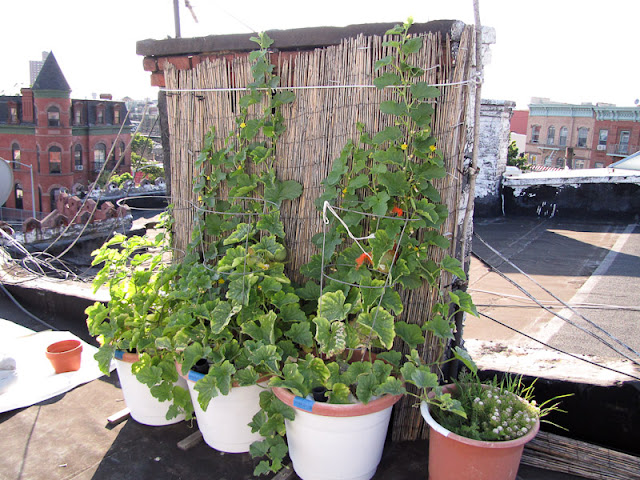 Wow! Not even halfway through July and I've already lost one vegetable variety to the heat. I'm afraid to find out what the rest of the season will bring. 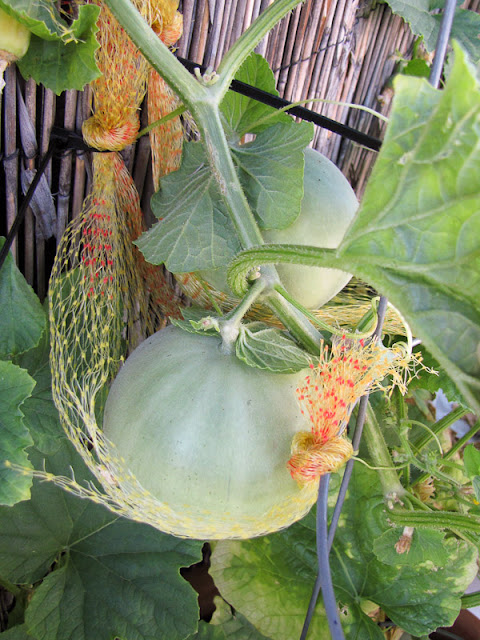 Not all is bad in the garden however, 4 more melons have appeared on the Hakucho Hybrid plants, so the total is now 8 melons between 3 plants.

Some of the melons were hanging freely, swaying in the wind, so I gave them hammocks to support their growing weight. The hammocks are just re-purposed netting from onion bags. 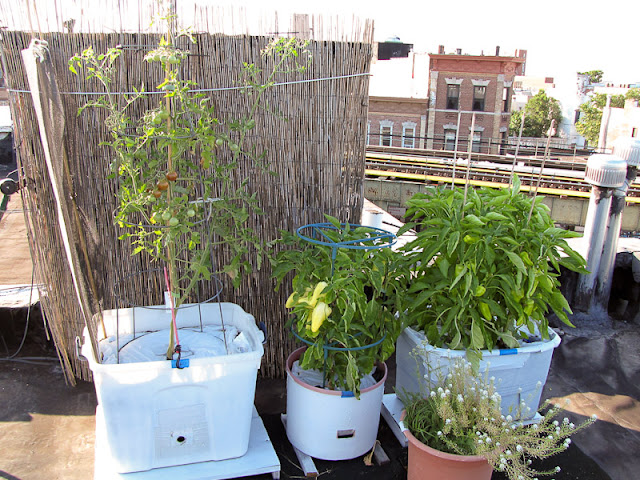 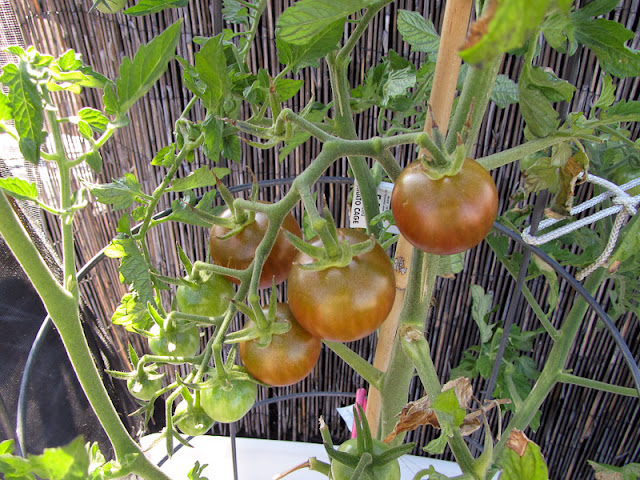 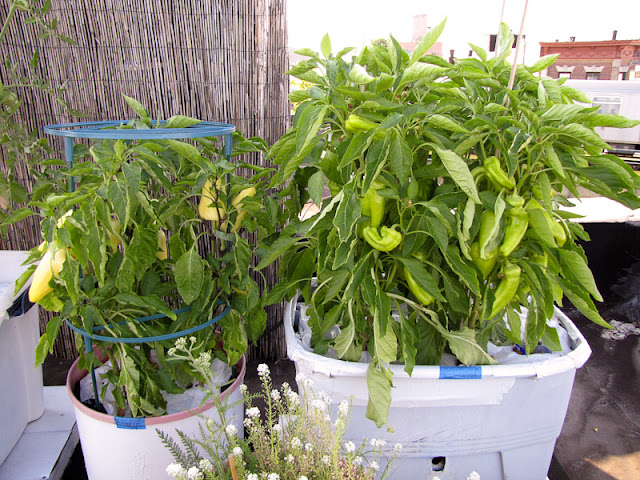 The Flexum Hybrid pepper plants, the ones in the container on the left, apparently do not like the hot rooftop environment. At first glance they look very similar to the Giant Aconcagua pepper plants on the right, closer inspection however reveals startling differences. 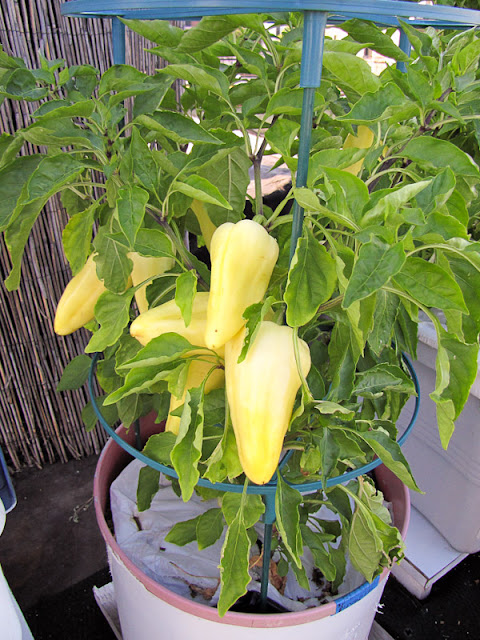 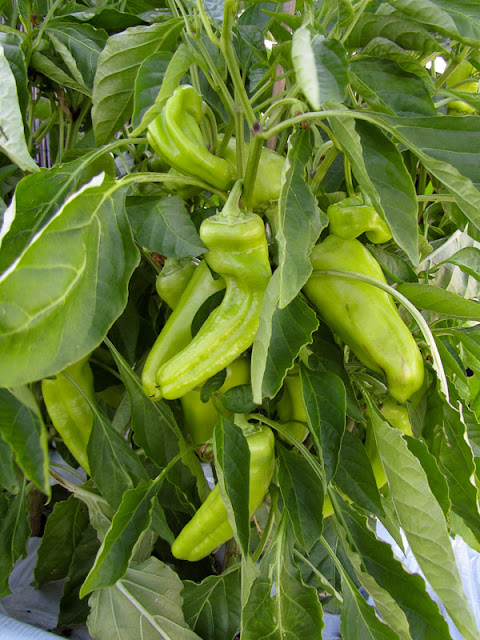 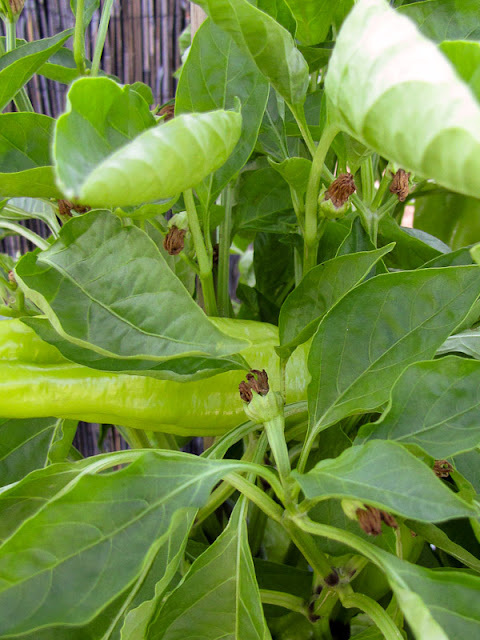 The Flexum plants are also missing flowers. There should be clusters of flower blossoms, pollinated and getting ready to form new fruit, like the photo above of a Giant Aconcagua plant.

Why are there no smaller fruits or blossoms on the Flexum Hybrid plants? It's because once temperatures reached the 90's and stayed in the 90's for several days the Flexum plants dropped ALL of their blossoms. Every single one! Even the smaller fruits, the ones that did not reach close full size before the heatwave arrived, shriveled up and fell off. The last time I counted there were over 20 fruits in development, now only 12 are left. Boo!

Now that the weather has cooled down I see that the plants are forming new flowers, but there's no guarantee that the weather will stay cool enough, long enough, for the flowers to bloom, pollinate and set fruit. Even if new fruit does form they would still need enough time to grow to a large enough size so that they won't drop off when the next heatwave hits. How long does it take for a pepper flower to bloom, pollinate, set fruit and then have that fruit grow to almost full size? 6-7 weeks? I sincerely doubt it'll be 6 weeks until the next heatwave.

I think these will be the only peppers I'll harvest from these plants. Oh well, win some lose some, at least the Giant Aconcagua peppers are doing great. 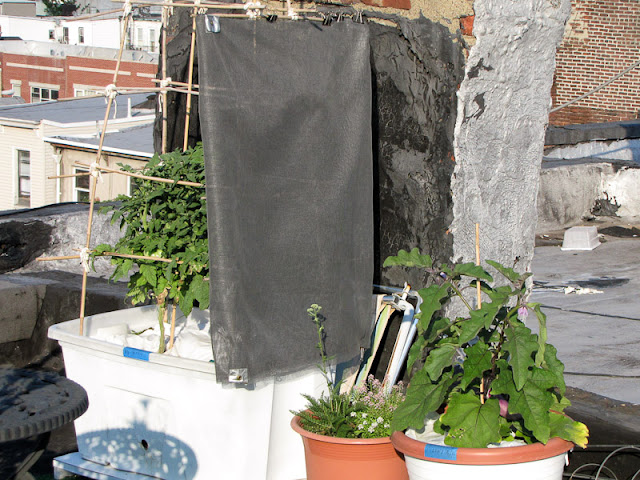 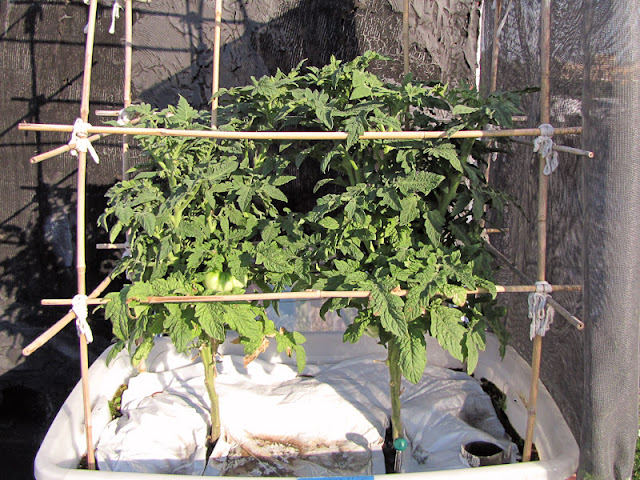 The Summertime Green tomato plants in the 26 gallon tote have finally grown past the second rung of their cage. The aphids are still there, but the regular blasts of water I give the plants keep their numbers in check. 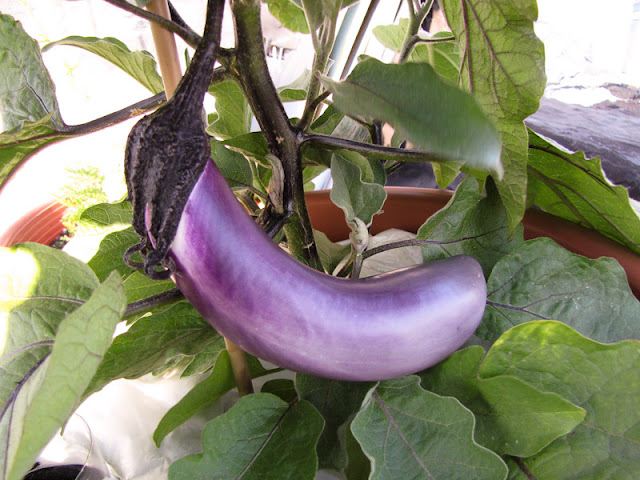 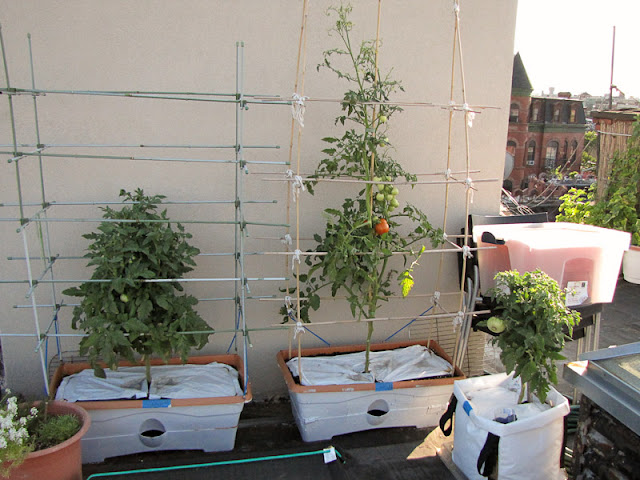 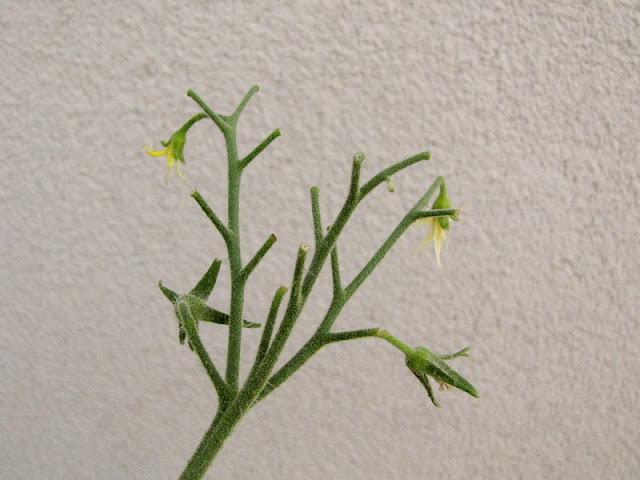 The Mountain Magic plant dropped a few blossoms during the hottest part of the heatwave, but there are several new flower clusters already taking their place. 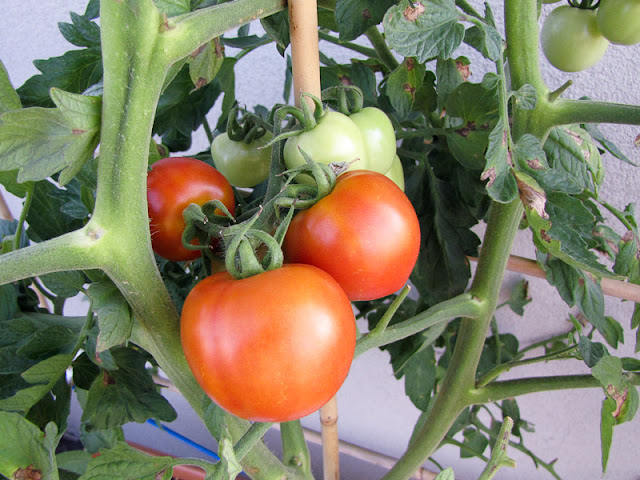 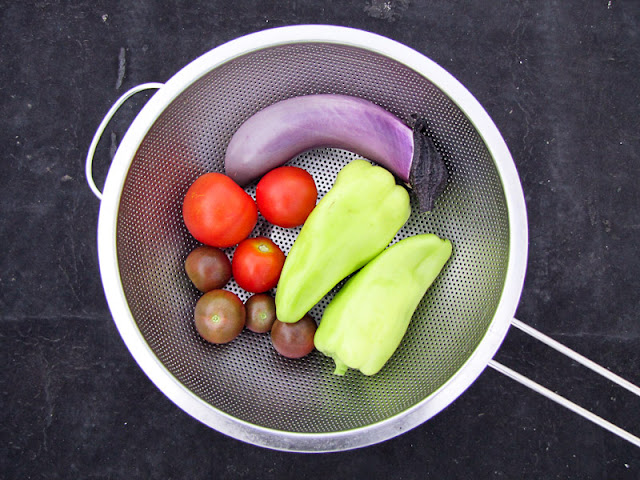 The first tomatoes off a plant are always rather blah in flavor so I'll reserve my judgement until after a couple harvests, but I did taste hints of potential. The peppers were nowhere near sweet, but I wanted something crunchy to munch on so I harvested the largest ones. Beats giving in and buying a bag of chips!

How is your garden handling the heat?