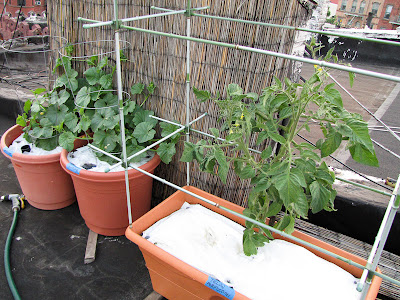 FRAK, it's hot outside! These photos are a couple of days old because on 90+ degree days I don't step out on the roof until it's too dark to take pics.

At this time of year I usually water the plants every 3 or 4 days, but due to the recent crazy temps I've been watering everyday. I could probably get away with watering every other day, but I want to play it safe. If a plant runs out of water it becomes extremely stressed and the more stress a plant is under the more vulnerable it is to disease and pests. Obviously I'm hoping to avoid this situation. 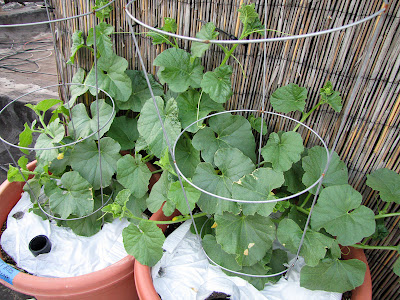 Both melon plants are now climbing the reed fence. I'm going to try to hand pollinate some flowers soon. I've never done this before so if anyone has any advice I'd appreciate it. 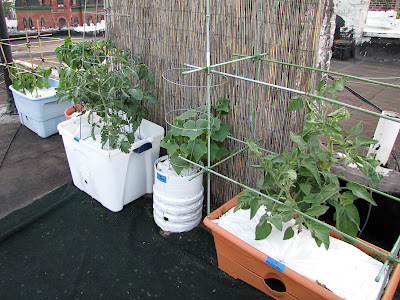 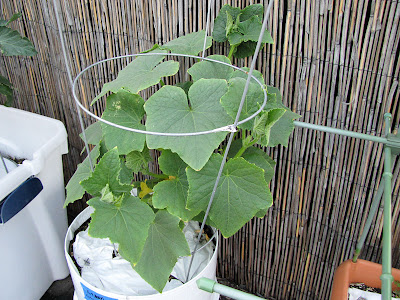 The Lemon cucumber has also started to climb its fence. 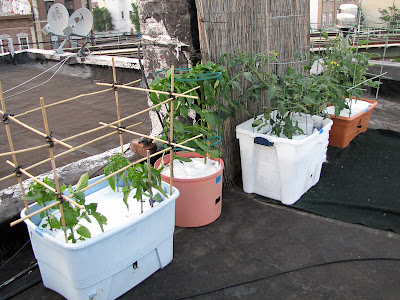 The Sungold cherry tomato plant (in the white 20 gallon tote) was suffering from some serious windburn near the stairwell, so I made some room for it closer to some other plants. 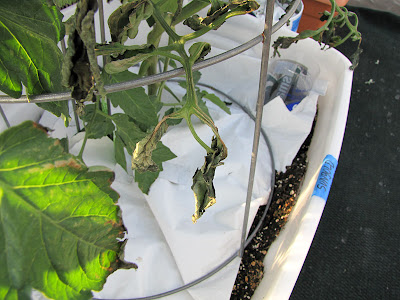 I thought the plant was doing fine near the stairwell until one day I went up and found one side of the plant had completely dried up. The leaves were still green, but utterly dry, crispy like potato chips. I moved it as soon as I noticed the damage. 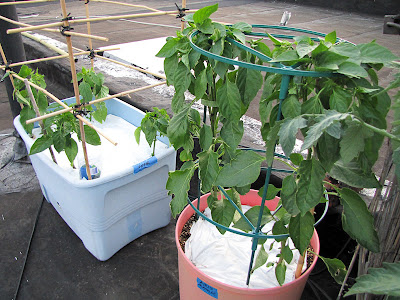 The 2 peppers plants in the Southern Patio container are doing well. New growth is much sturdier against the wind. The leaf shredding will never completely stop, but it's never as bad as the first few weeks they're out on the roof. 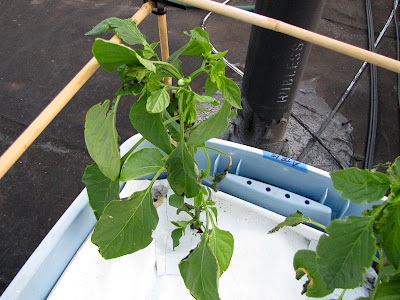 The smaller pepper plants in the 18 gallon tote still look quite raggedy. It takes about 3 weeks for pepper plants to adjust to the windy environment. These plants need about a week more to acclimate. 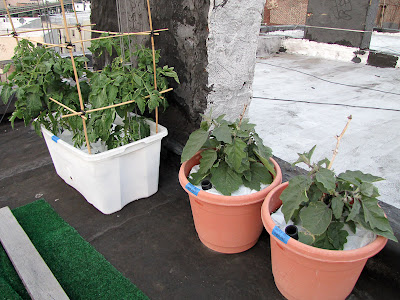 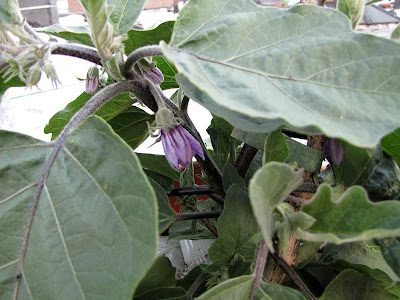 The eggplants have finally flowered, so now everything in the garden has bloomed.

How's your garden doing? Do you feel like you're ahead or behind schedule as compared to last year? My smaller pepper plants are a little behind, but everything else is equal to or ahead of last year's garden.