So there was a tornado in Bushwick! 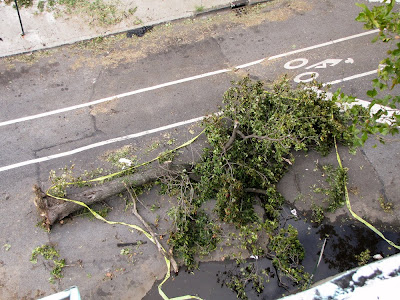 And not just one, but two tornadoes hit New York!  The NY Times has a nice map depicting the path of destruction.  Bushwick was hit by the weaker of the 2, the one with 80mph winds.  Fallen trees are still all over the neighborhood.  Hopefully the City can clear them before the next work week starts.

I finally spotted our lost bbq.  It's on the roof of the building behind us, hiding behind an air duct. 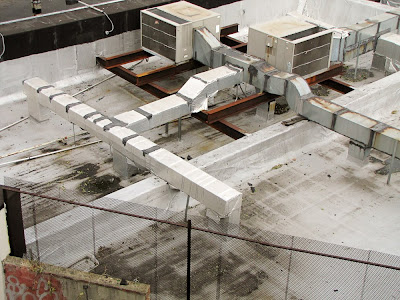 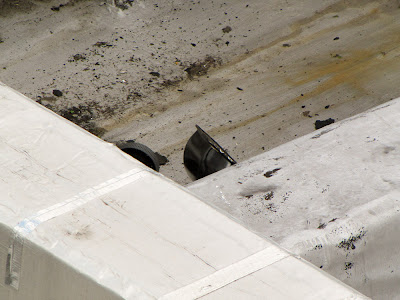 Actually, it's sitting on the roof of the store we bought it from so that made me laugh.

I spent the day clearing debris from the roof and tending to the vegetable garden.  I put the cucumber plant out of its misery and re-trellised the peas. 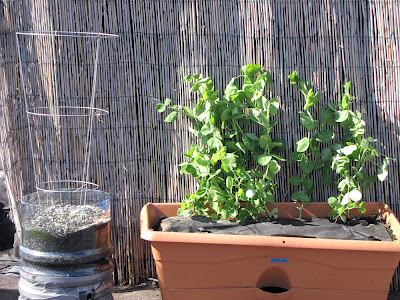 One of the tomato plants lost all of its fruits so I removed it too.  The other one has 2 tomatoes left, I hope they ripen before the end of the season. 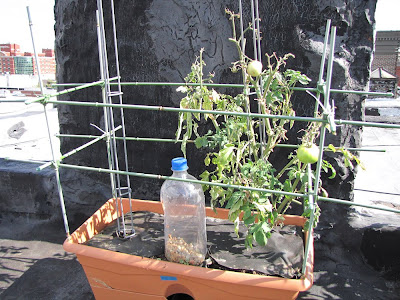 My first DIY self-watering container was punctured by something during the tornado.  Luckily the hole is several inches above the bottom of the container so it can still hold a substantial amount of water. 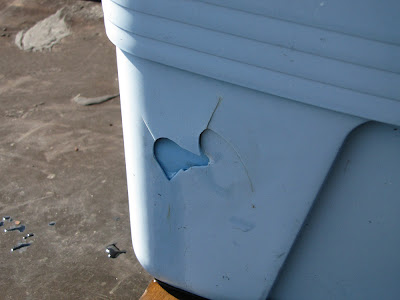 So the Bushwick tornado of 2010 took 1 cucumber plant, 1 tomato plant, a few pepper plant branches and a small bite out of one of my DIY self-watering containers.  All in all not too bad.