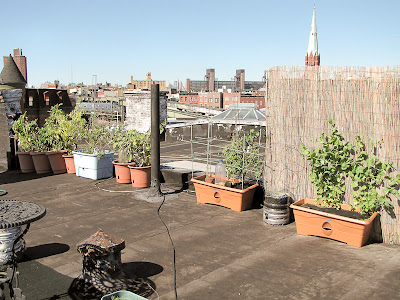 Ten days into autumn and garden growth in my container vegetable garden is steadily winding down.  I've moved all the plants (except the peas) so that they get the maximum amount of sunlight possible. 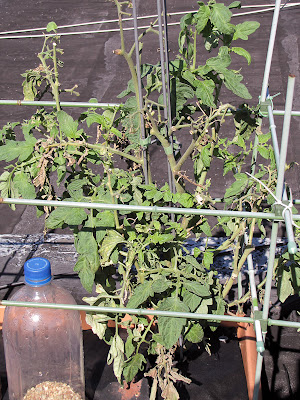 It's a shame the weather is cooling down because the orange blossom tomato plant has really bounced back from both the tornado and early blight.  In my last plant update I wrote this plant off, but removing the other plant has done wonders for its well-being.  Lost of new foliage and flowers have grown.  There's no time for more fruit to ripen, but I don't plan to plant any other vegetable in that container so I'm just going to leave it there and see how far it can progress before frost kills it. 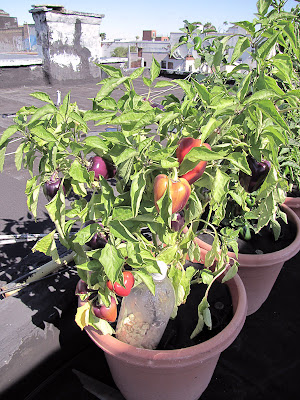 The peppers are slowly turning to their final color.  I'm going to leave them on as long the weather permits. The peas are doing really well, they're almost 3 feet tall now.  The only problem I've had with them is that they're not climbing the reed fence as well as I had hoped.  The wind is constantly pushing around their tendrils, making it hard for them to "find" the reeds and latch on.  I'm using twine to force them to grow back toward the fence.

I think if all goes well and we don't get anymore weather surprises the garden can squeeze out enough vegetables to hit 60 pounds of total harvest.  Fingers crossed!