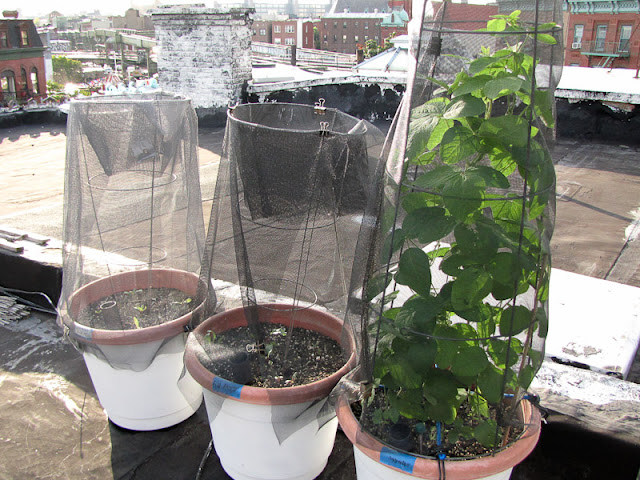 The soybeans and beets were moved away from the chimney to get more sun. 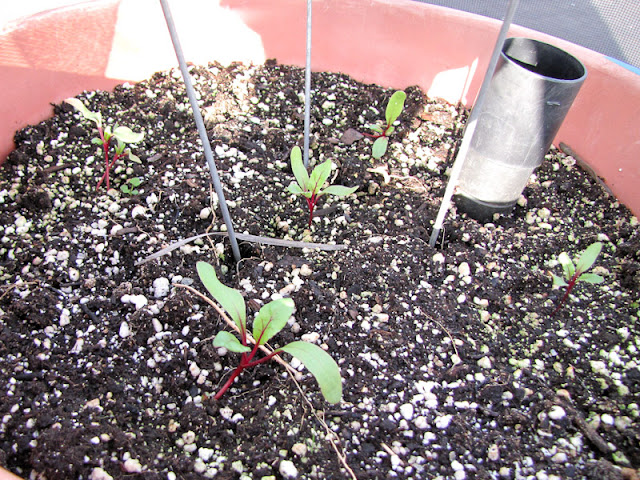 All of the beet seeds have sprouted so I need to thin out the extras. Has anyone transplanted beet seedlings before? I know root vegetables generally do not like to be moved, but I figure it can't hurt to try. 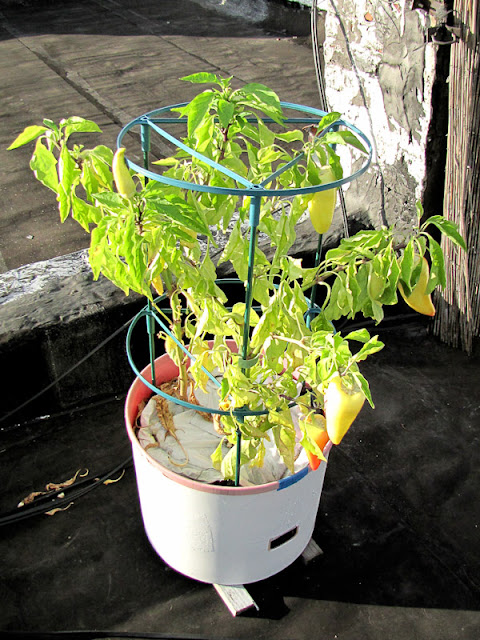 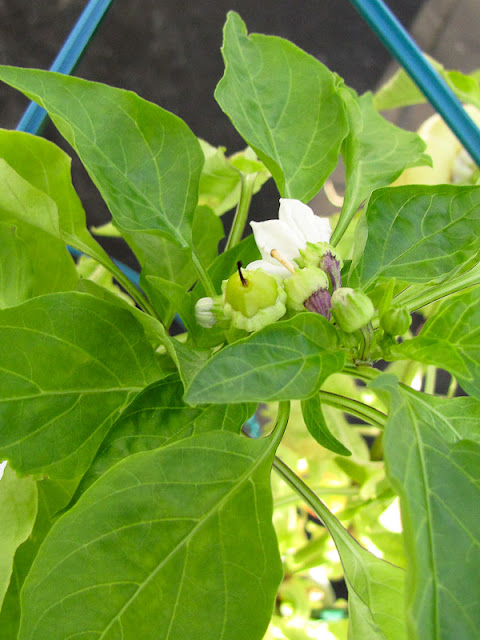 One of the Flexum Hybrid pepper plants has sprouted more flowers and formed new fruits so I'm going to leave it in the container to see how far it can go until the weather gets too cold. This variety did not perform well during the height of summer, but I remember it performed very well in the beginning of the growing season, when it was rainy and cool, so maybe it can squeeze out a few more peppers before fall. I wouldn't recommend this variety for rooftop gardens, but I think northeastern gardens would be a good fit. 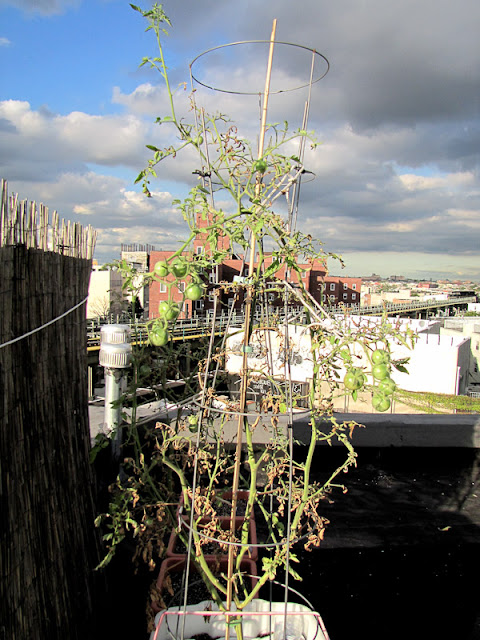 The Black cherry tomato plant has stopped forming flowers so now I just need to wait for the current crop to ripen and then I can remove the plant.

The Giant Aconcagua plants were retired last weekend, so was the container that they grew in. At some point I'll buy a new tote to replace it. 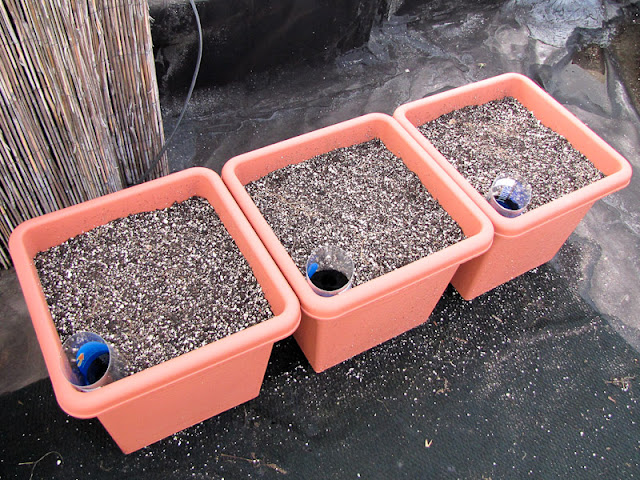 The local dollar store had a sale on outdoor merchandise so I bought 3 new flower pots for the roof.  They're 15" wide and 13" tall. 3 large pots for less than $10 is quite the deal. If more pots appear at the store I'm going to snatch them up. I already converted them to self watering containers. I'll use them to grow flowers for spring and summer and then switch them to fall crops later in the season. 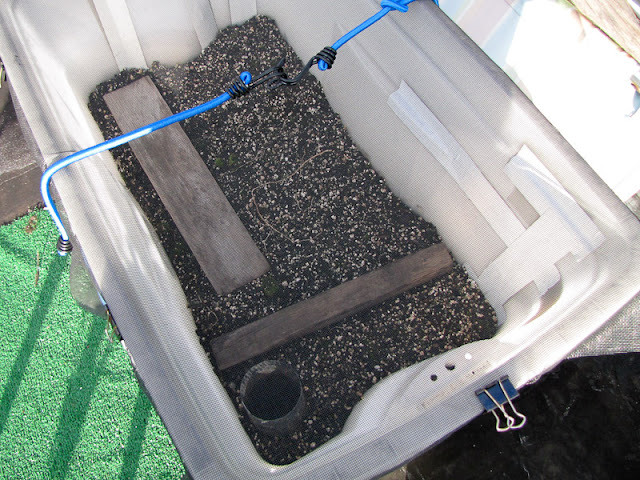 No new carrot seedlings have been sited in the the carrot bed, I think I sowed them too deeply. I sprinkled a few more seeds on top of the soil and covered them with wooden boards to keep them down. Once they sprout (if they sprout!) I'll remove the boards. 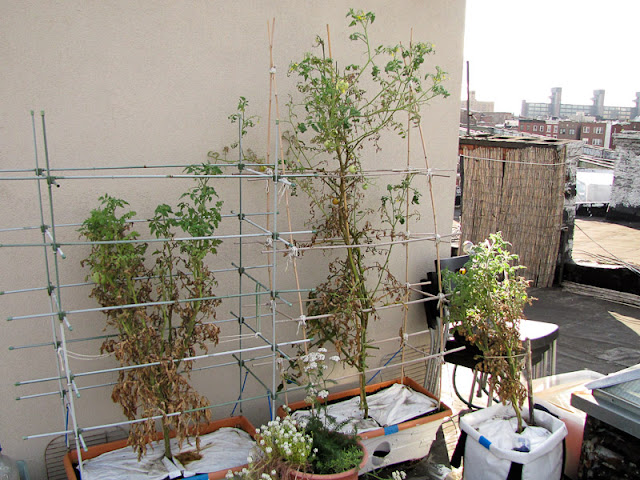 The Mountain Magic and remaining Summertime Green tomato plants are half dead. Once the remaining fruits ripen I'll rip out the plants.

I should plant more fall crops, but I have a long vacation coming up at the end of September and I don't want to worry about a lot of crops while I'm away, so I'm keeping the fall garden small this year (not that it was ever large).