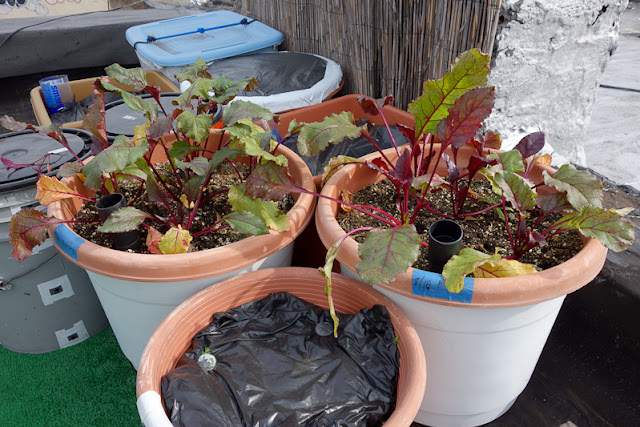 Okay, welcome back to the site. I apologize for my late return. I fully intended to resume activity in the beginning of November, but then Hurricane Sandy happened and garden blogging was pushed to the back of my mind. But now I'm back and can tell you how the fall crops performed. 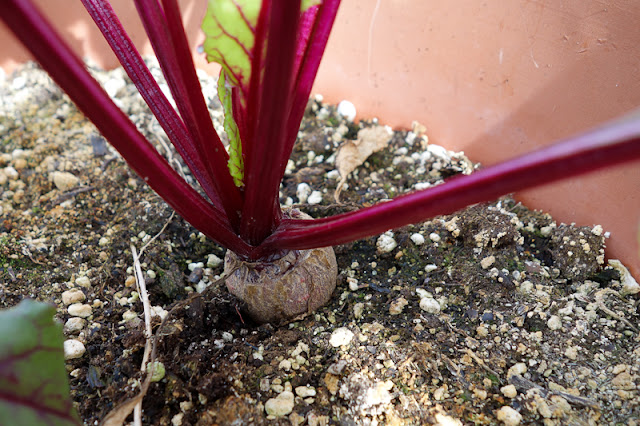 The beets were a success. The taproots were on the small side, but that's my fault since I was lazy about feeding them liquid fertilizer. The original plan was to feed them every 2 weeks. They were lucky if they got fed once a month. Next time I'll try to be more diligent. 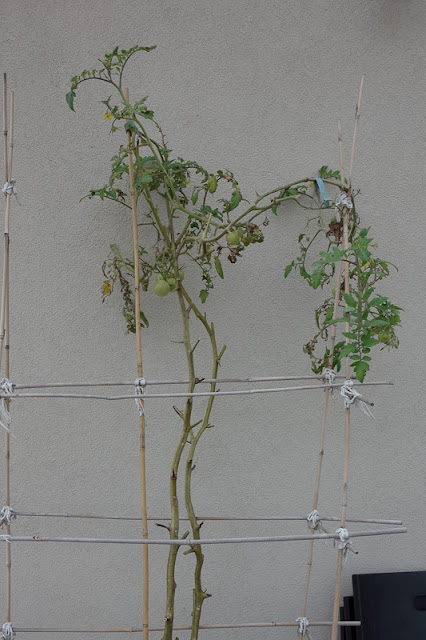 I gave this Mountain Magic tomato plant a major hair cut before I left for vacation. I was surprised by how much foliage had regrown when I returned. 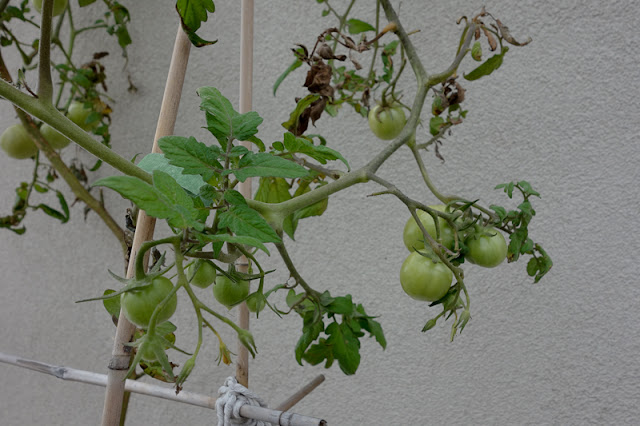 Several new tomato clusters also formed while I was away. The new fruits made me want to let the plant linger until frost arrived, but then we were warned about Sandy, so I reluctantly took everything down. 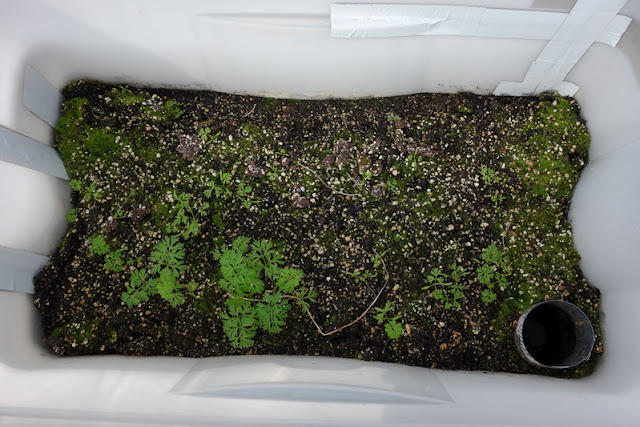 The carrots were a bust. Several more seeds sprouted, but nothing grew large enough to harvest. I think I should have started them earlier, or the seed packet was past its prime. I'll buy a new packet for next year. 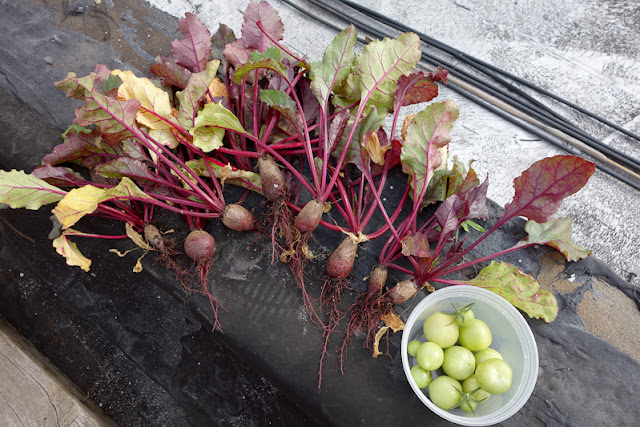 Last vegetable harvest for the year. Also harvested, but not pictured, were soybean pods. Those were harvested and gobbled as soon as I got back from vacation in mid October. If you like edamame I highly suggest growing your own. The flavor is amazing. 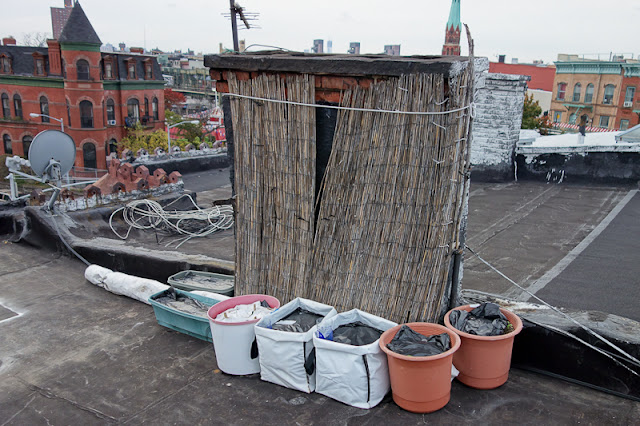 The garden is now wrapped up tight for winter. 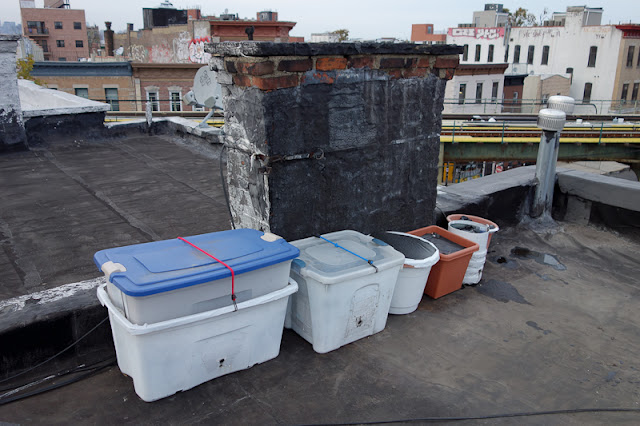 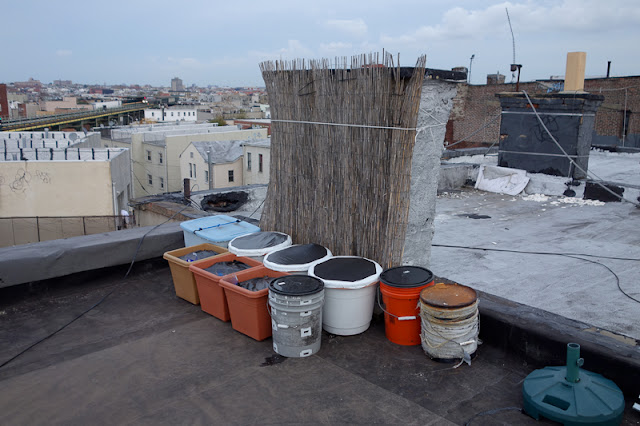 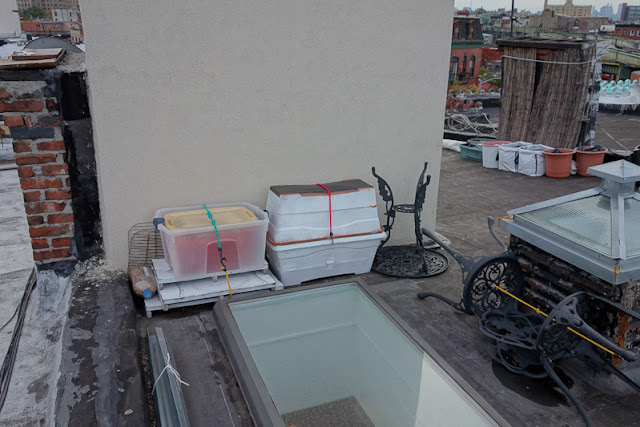 A process that I usually spread out over a several weekends was compressed into one Saturday once I heard Sandy was coming. My body complained loudly the following day, but at least I don't have to work up there anymore.