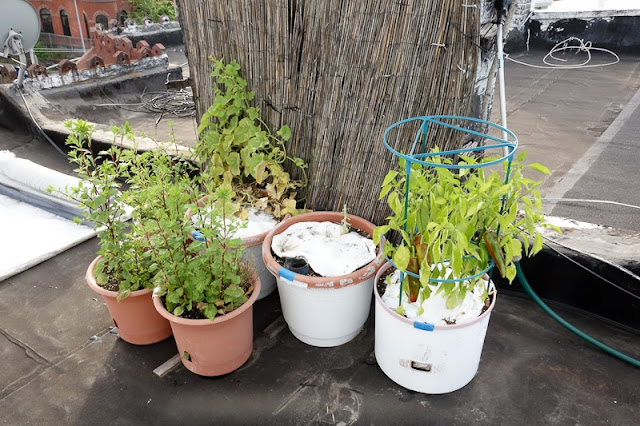 A few surprises in the garden this week. One bad, some good and one great! 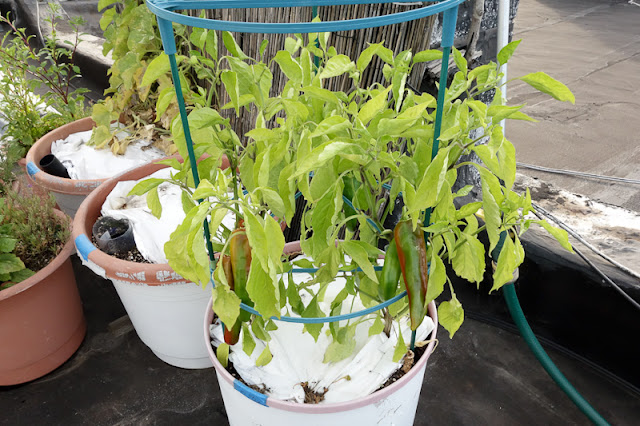 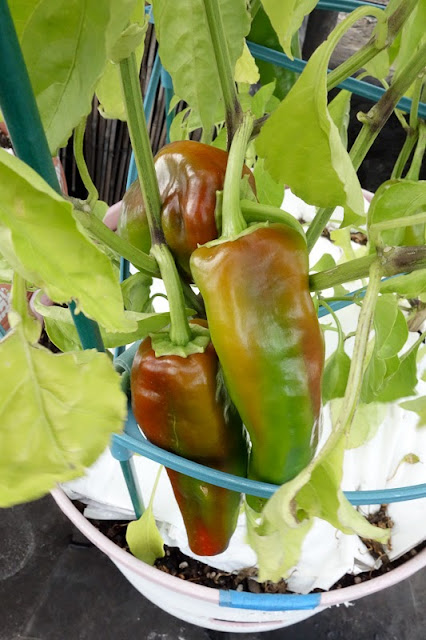 A few were harvested this week. They were very tasty, sweet with a good crunch, but the walls were not as meaty as I expected them to be. Maybe I should move the container to a sunnier section of the roof. 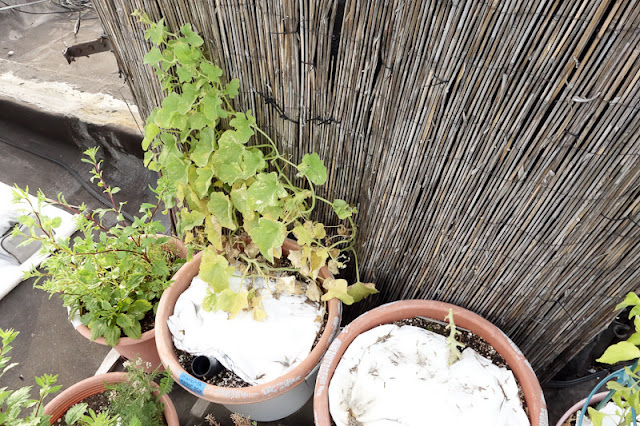 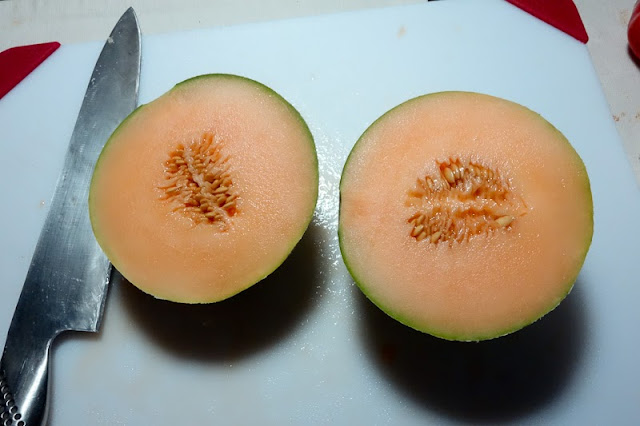 I would like to say they were utterly delicious, but they fell off the vine on a rainy day, which pretty much guarantees watery flavored fruit. I saved the seeds though, so I can try again next year and also have plenty to give away. 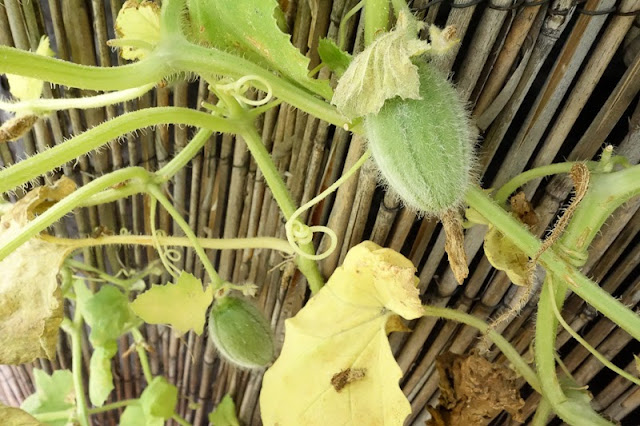 I was all set to remove both plants after the melons were harvested, but the left one surprisingly started to develop new fruits so I left it in. There are no alternate plans for this container so I'm going to see how far these melons can mature before the weather turns cooler. 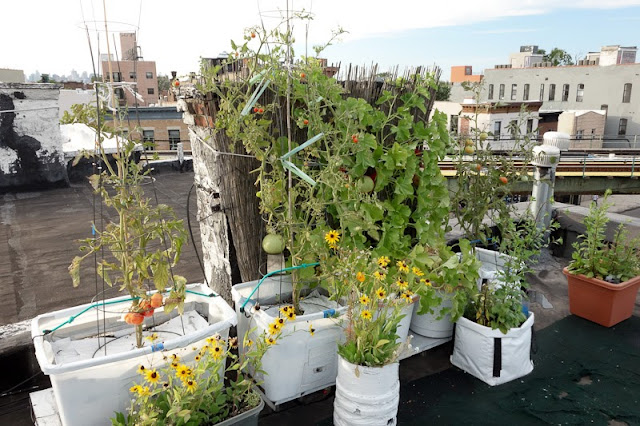 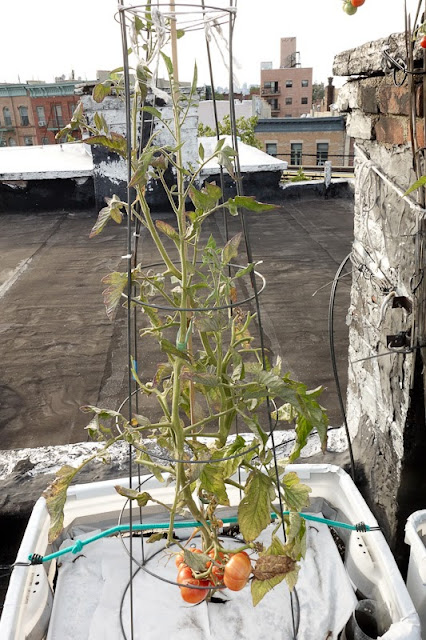 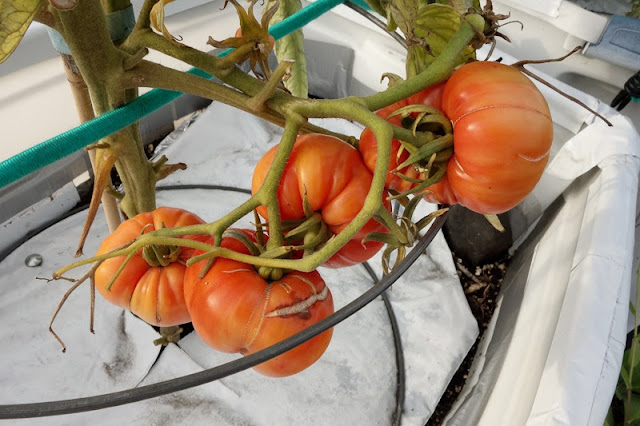 Once these tomatoes ripen the plant will be removed and the container replanted with carrots. 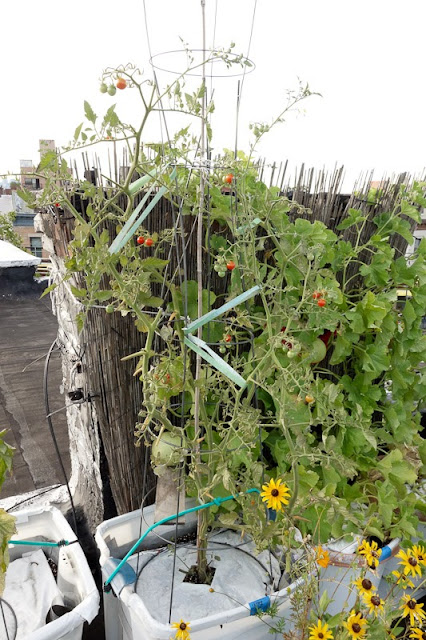 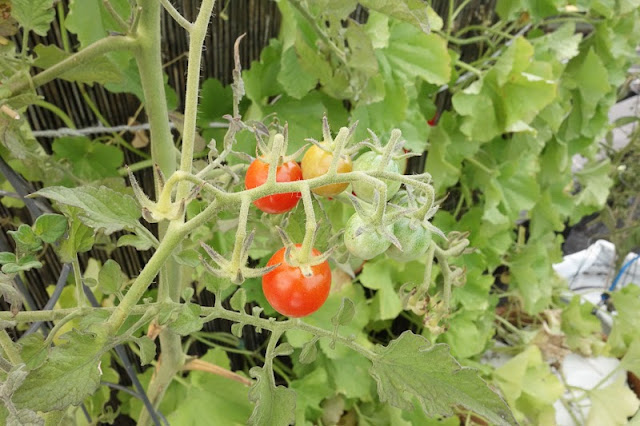 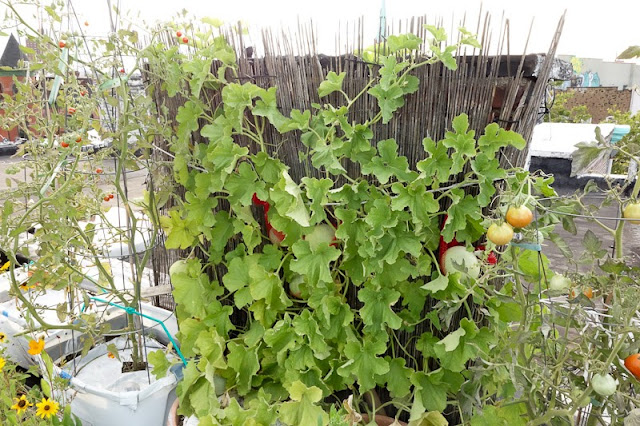 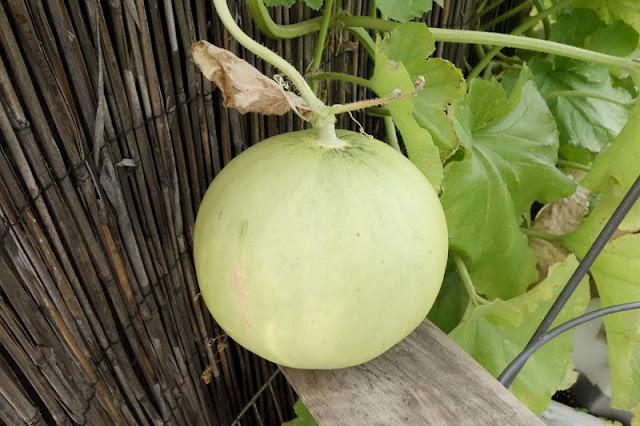 The first melon is almost ready to harvest. 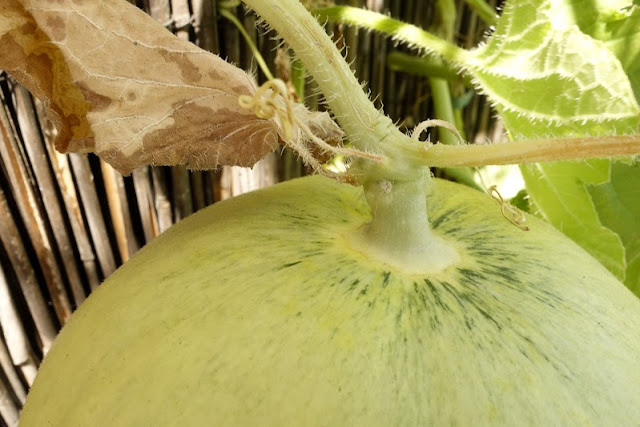 The color difference between the stem and the fruit is growing more pronounced and the stem is starting to pucker away from the fruit. 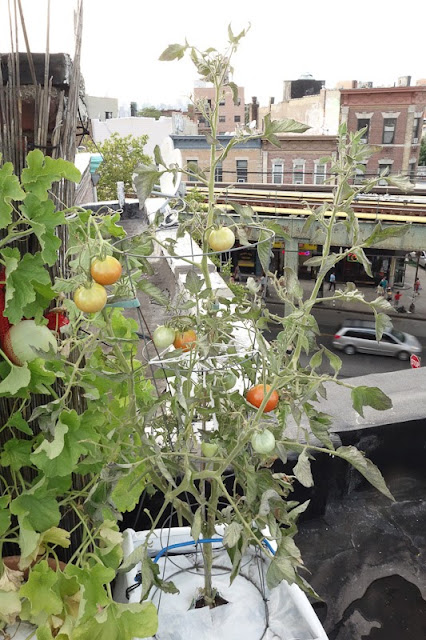 Japanese Black Trifele tomato. Once those brown lesions on the stem appeared I thought the plant would go into rapid decline, but it still looks pretty good. 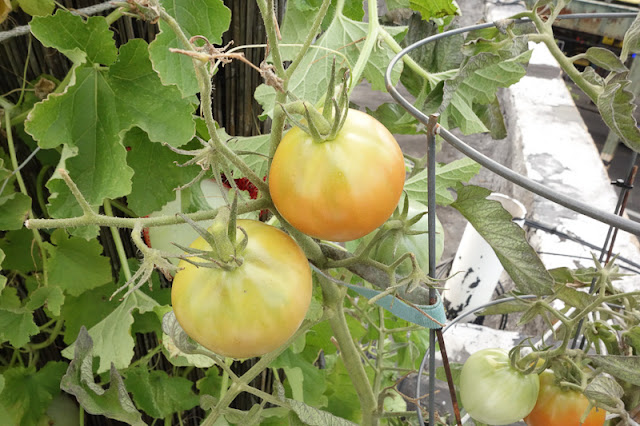 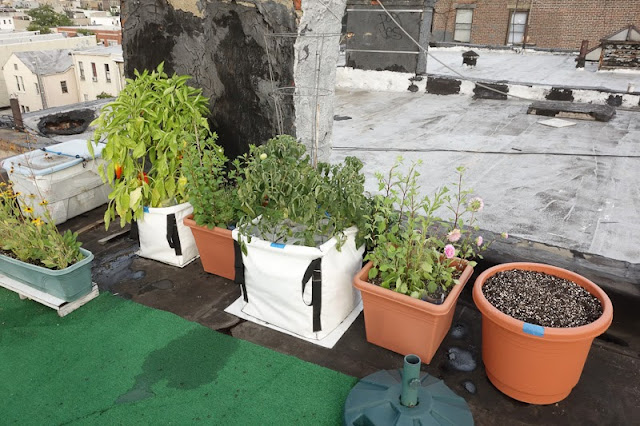 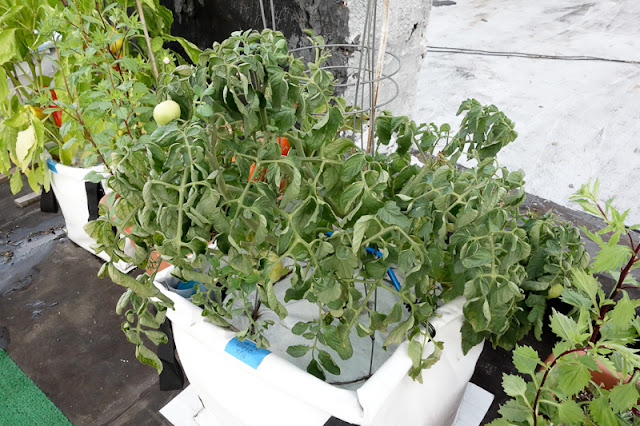 Beaver Lodge tomato. Most of the fruit has been harvested so my paranoia regarding disease transmission has faded. 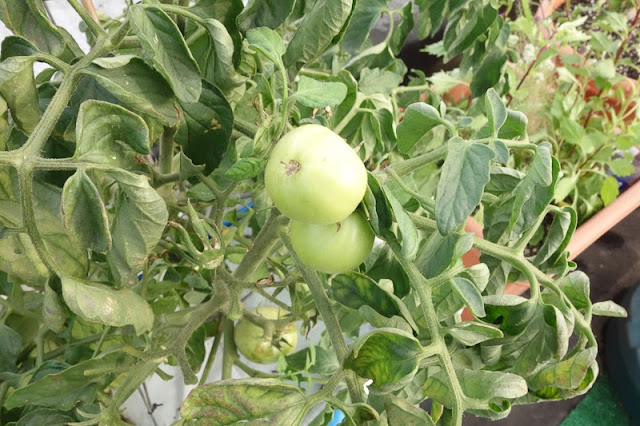 A smaller, second wave of fruit has appeared.

This is by far my favorite tomato plant of the season. Great flavor, great production and a growth habit perfect for windy roofs. I'm going to save lots of seeds to grow again and give away. 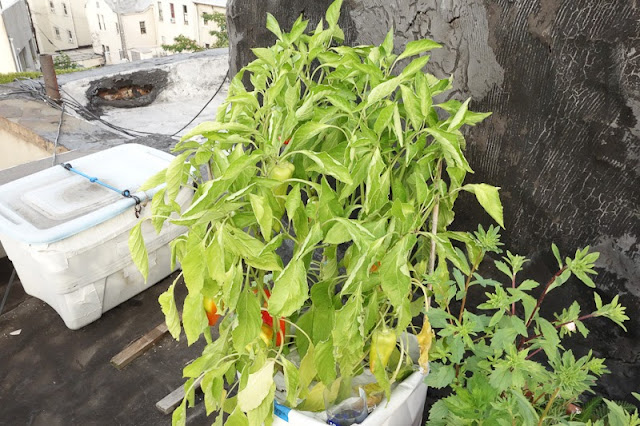 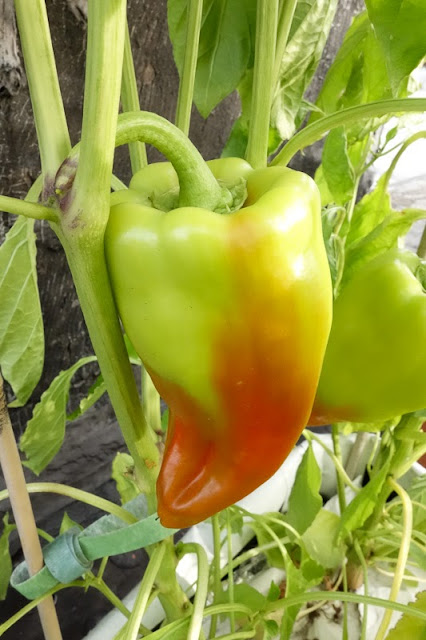 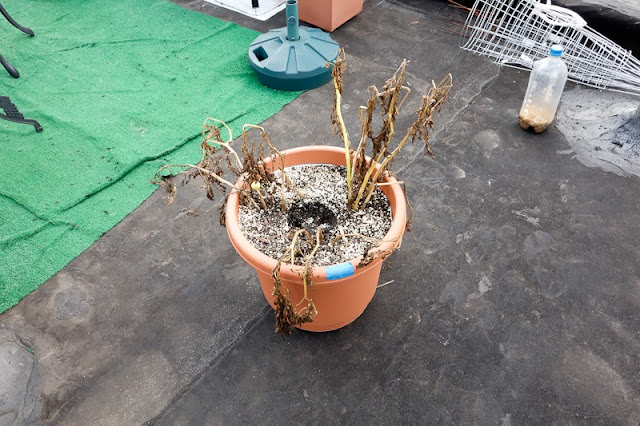 The potatoes were harvested last weekend. 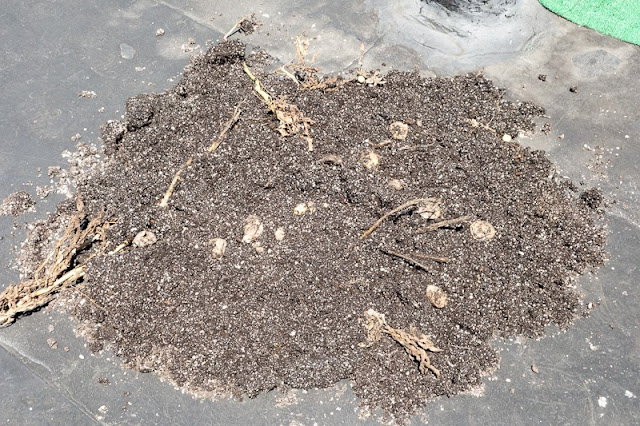 There were a good amount of potatoes in there, unfortunately most were totally mushy and incredibly gross to touch.  I think I waited too long to harvest so they started to decompose in the container, again gross. 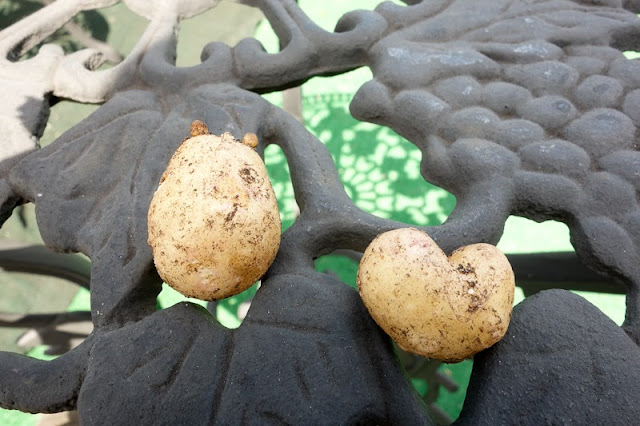 There were some tiny ones that were edible, but I didn't bother weighing them. I'm going to take my own advice, embrace failure and try again next year. This year I waited for the last plant to die back, next year I'll harvest after the first plant dies back, or maybe even sooner. 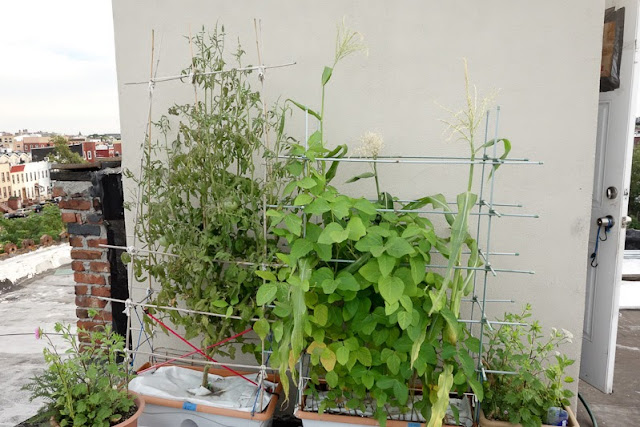 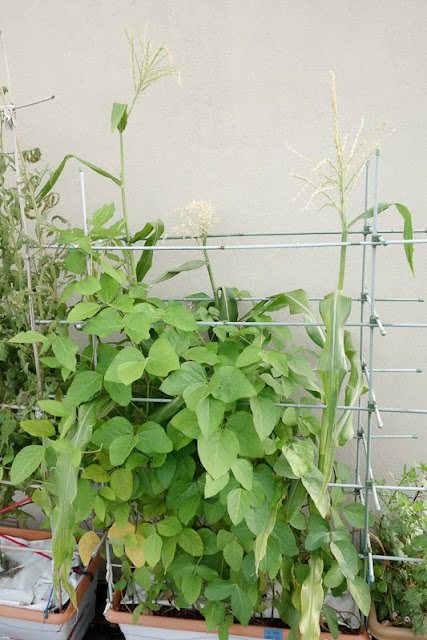 On Deck corn and Butterbean soybeans. One corn plant is extremely leggy, which is a sign it's not getting enough light, so next year I'll put the corn in a sunnier location. 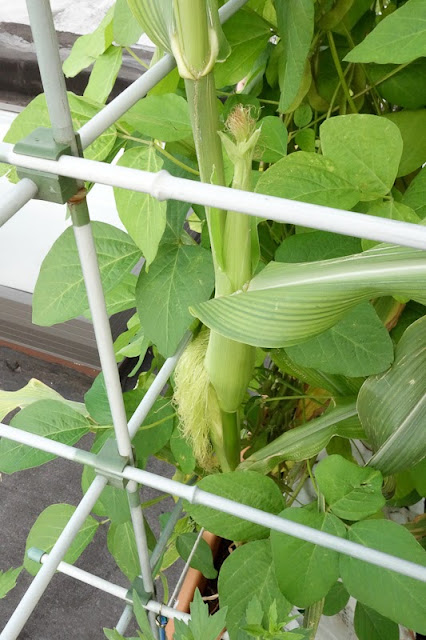 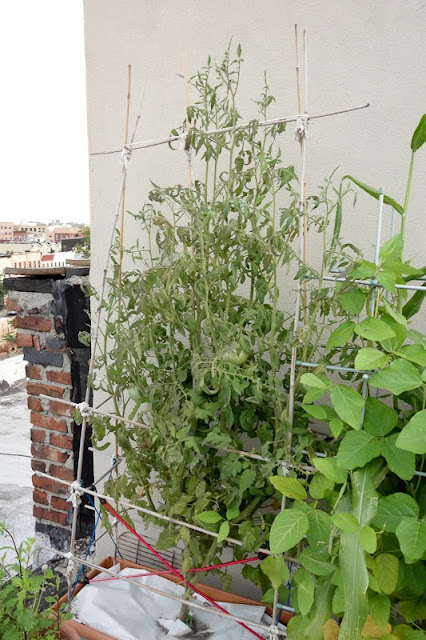 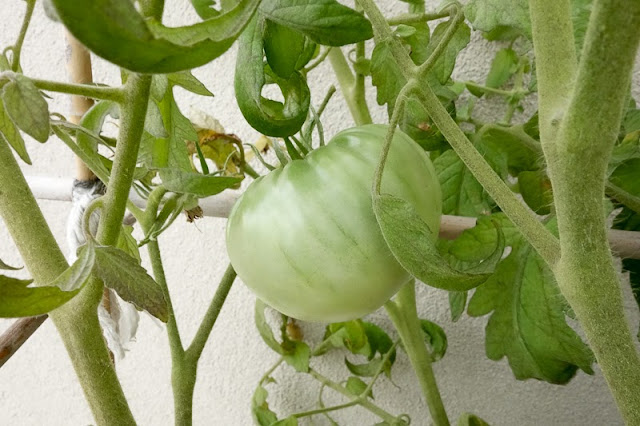 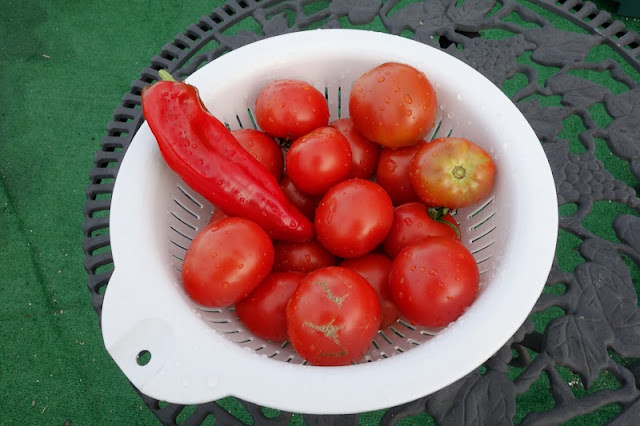 I went through old numbers just to be sure and it turns out this is the most productive week I've ever had in the history of rooftop vegetable gardening, yay! There were 2 older posts that had larger totals, one in 2009 and the other in 2010, but both those posts included 2 weeks worth of harvests, not one. Regardless of the potato crop failure, I'm extremely happy with this week's yield.