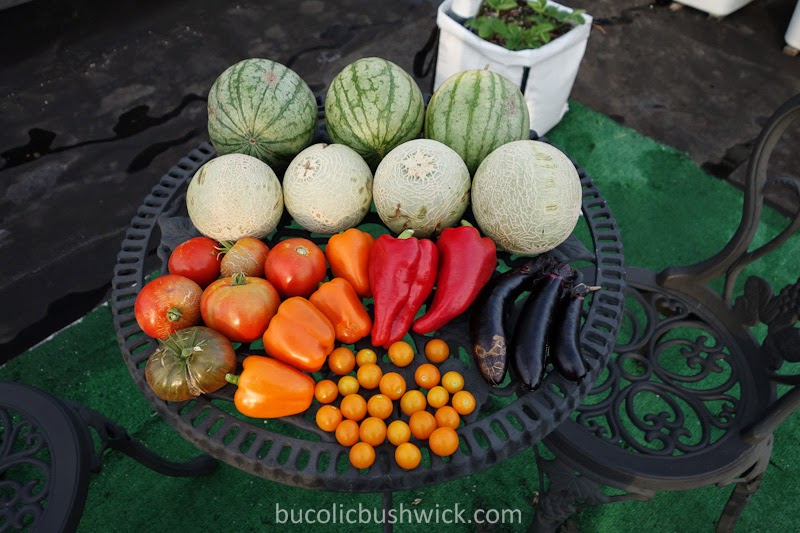 The garden went crazy while I was away. It was incredibly nice to come back to such abundance. As an added bonus it looks like I caught all the hornworm caterpillars. I was fully expecting to come back to at least one devoured plant, but no. No more plant damage! 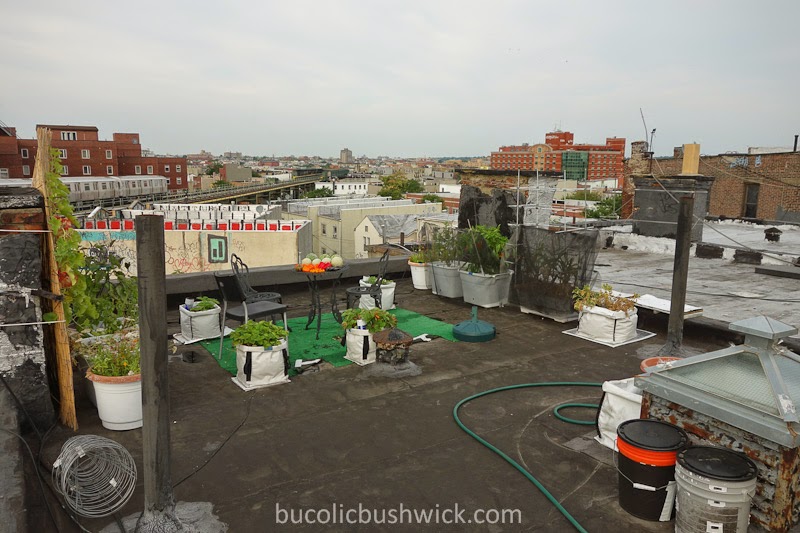 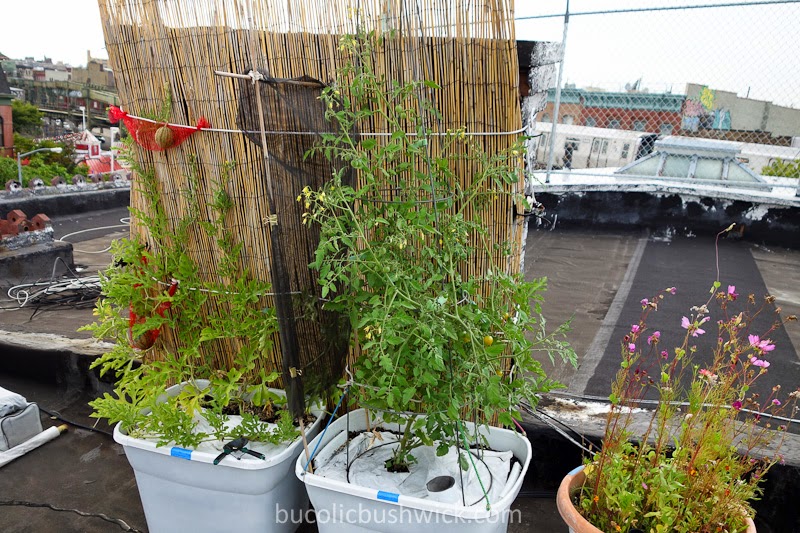 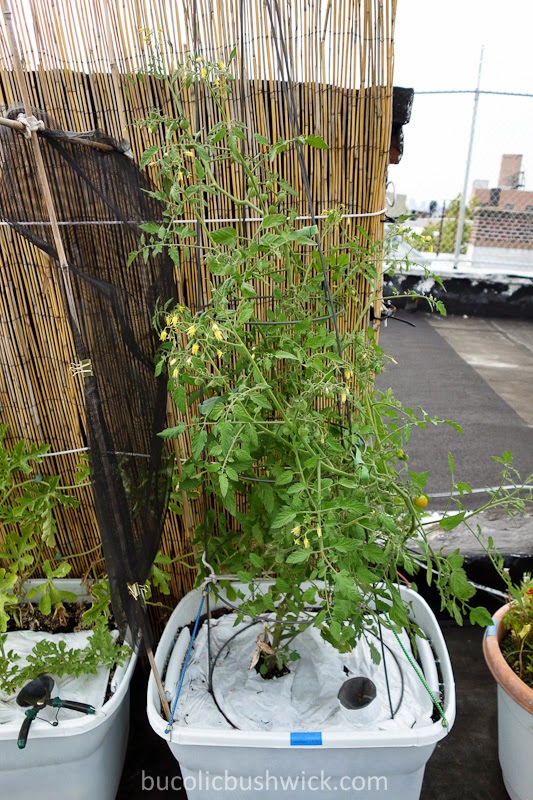 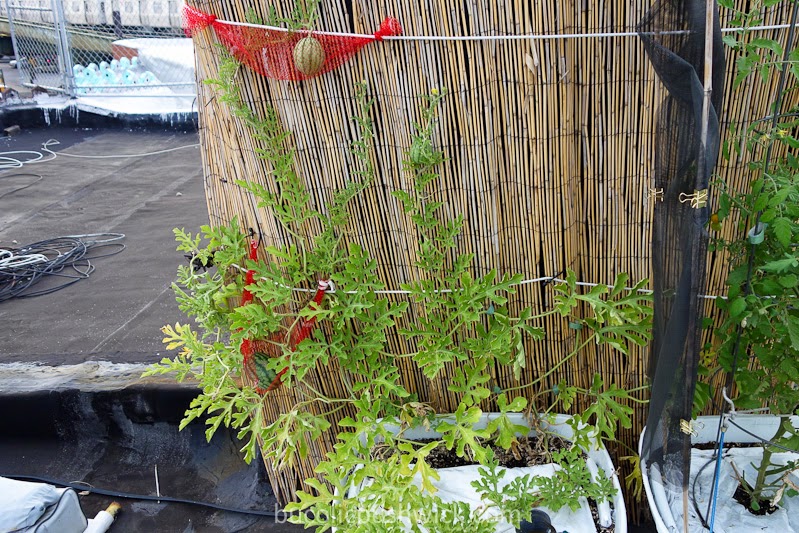 Little Baby Flower F1 watermelon. The first set of fruit has been harvested and now a second set is growing. I'm not sure if there will be enough warm weather left for these to develop, but I'm giving them a shot. 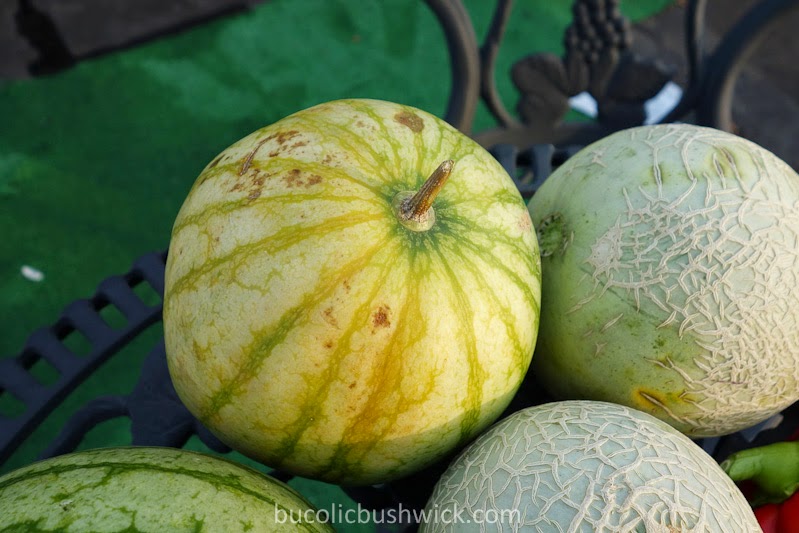 Hindsight tells me I waited to long too harvest the oldest fruit. By the time I came back from my weekend getaway one side was completely yellow. Oh well, this is my first time growing watermelons, something was bound to go wrong. 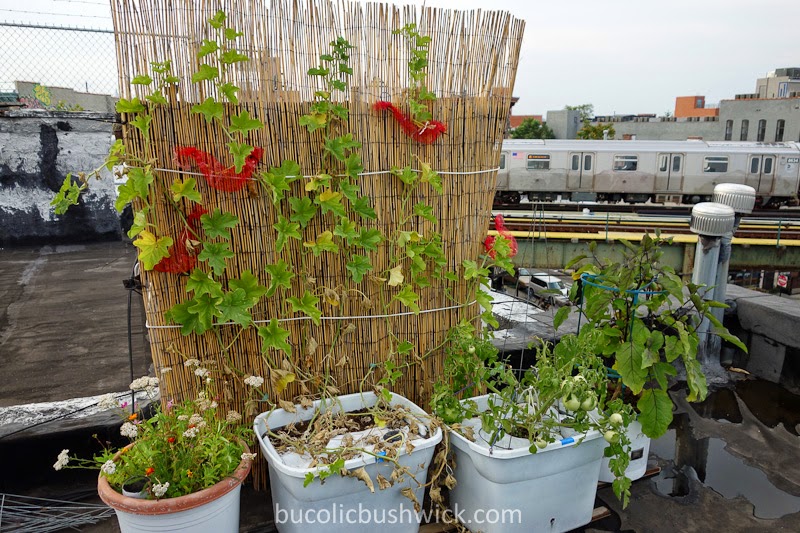 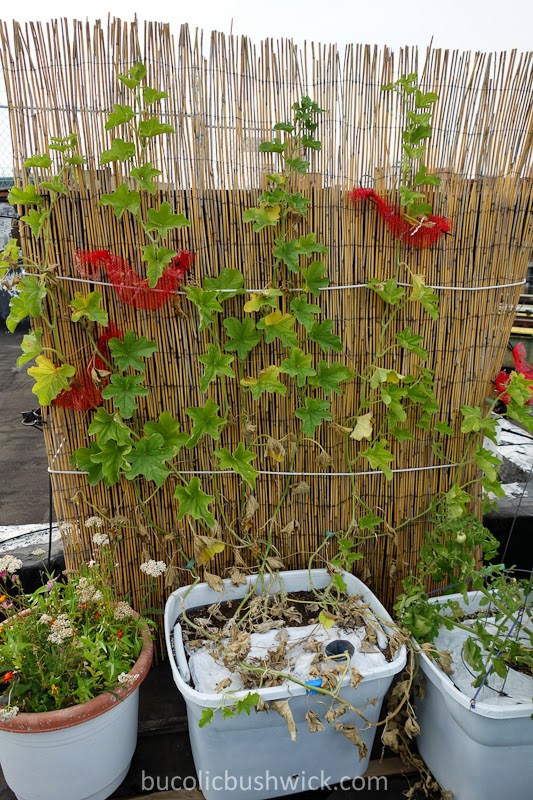 Lil Keeper F1 melons. All the fruit has been harvested so I'll take down the vines and either replant the container or move something else to this spot. I haven't decided yet. 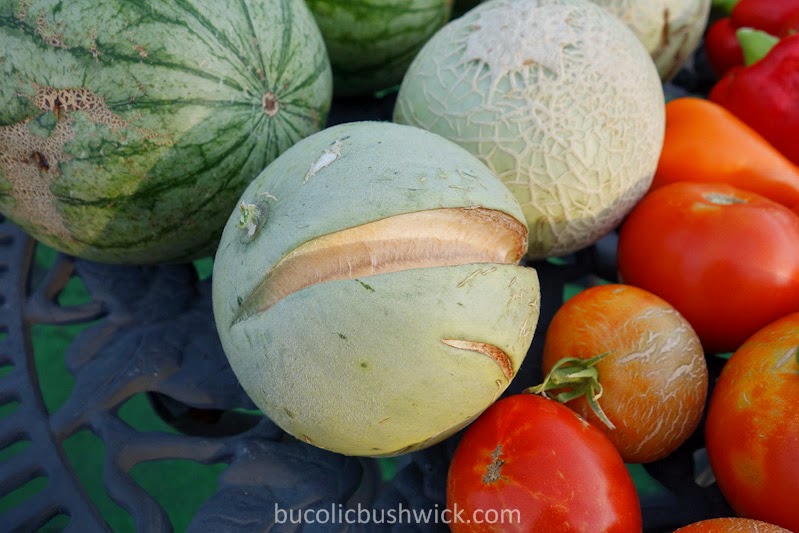 Another hindsight moment. Some of the melons developed splits while I was away. I definitely should have harvested some fruit and taken them with me on the trip instead of leaving them on the vine. They're still entirely edible though, I just cutoff the affected portions. That's probably one of greatest lessons you learn from growing your own food. Just because it doesn't look perfect doesn't mean its not edible.

I also think this photo could pass for a zombie kermit the frog. 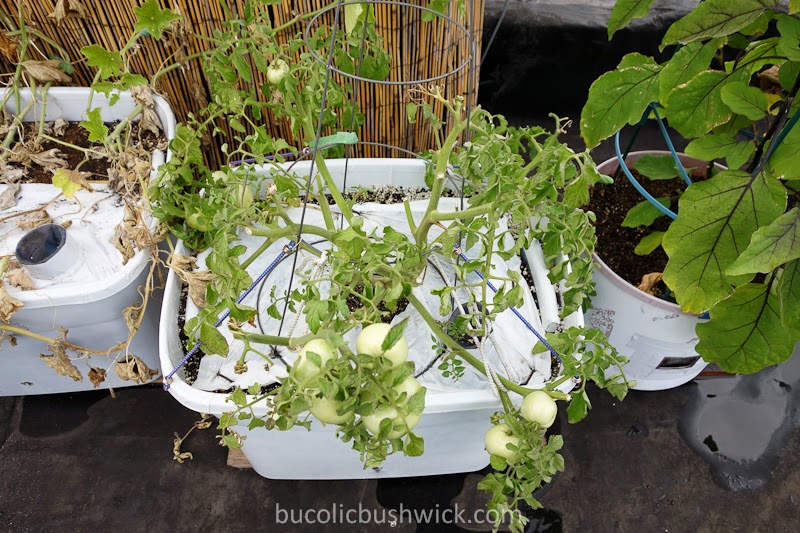 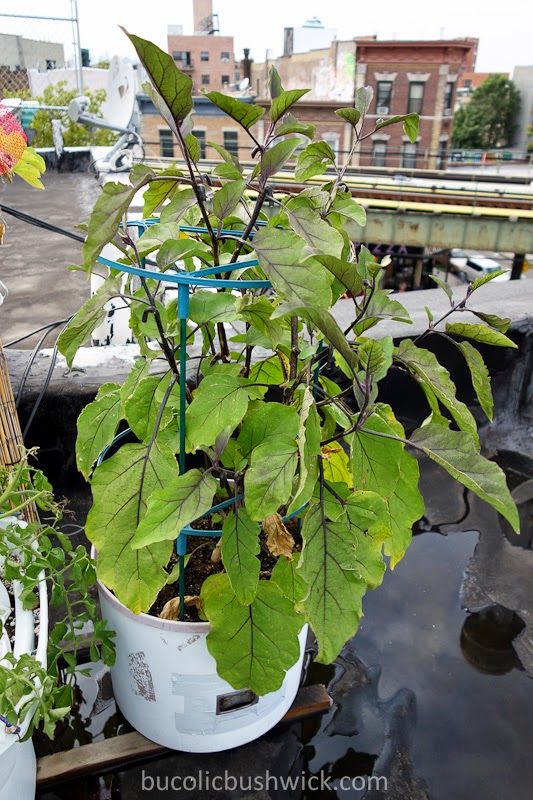 Orient Express F1 eggplant. Eggplant production appears to be winding down, which I'm okay with. I'm on the cusp of that moment where I dread going on the roof and finding out how many more eggplant I have to eat. 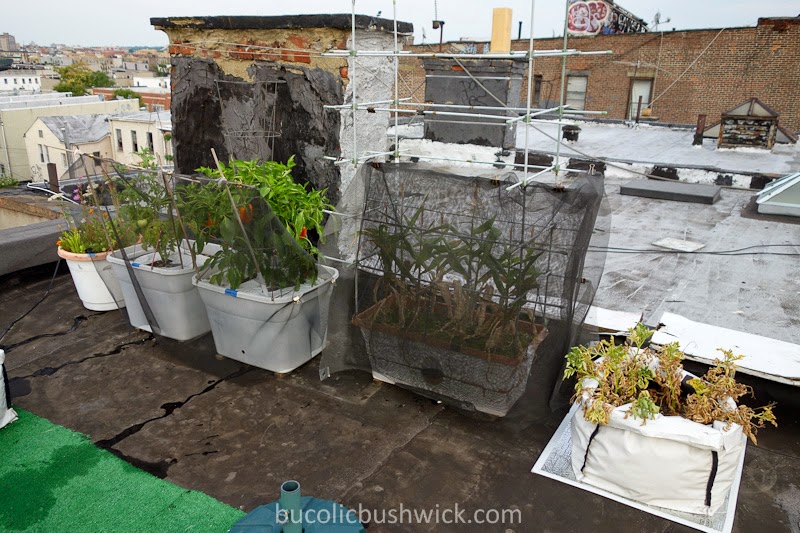 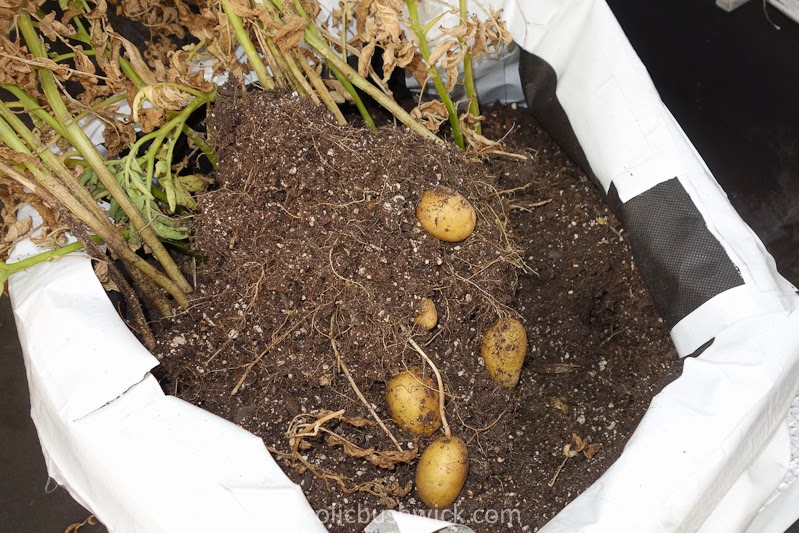 Yukon Gold potatoes. The foliage looked dead enough to me so I decided to pull the plants. Lots of little pale golden potatoes. 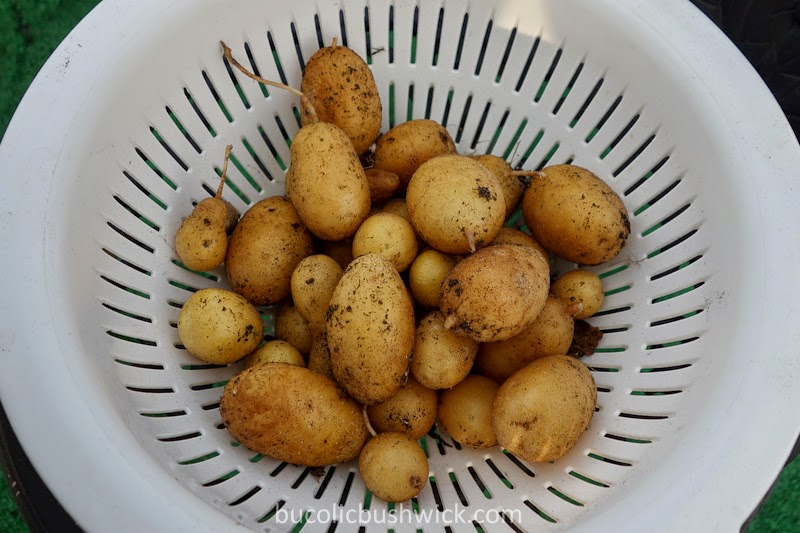 After weighing everything I immediately cooked some up as home fries and was amazed by the flavor. You'd think that after gardening for so long any experienced gardener would get over the flavor difference between home grown and store bought, but that never happens. The delight -never- gets old. 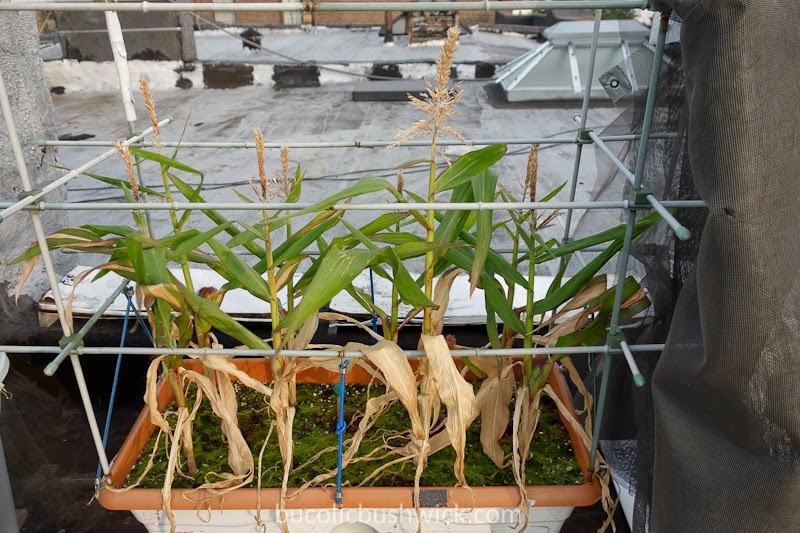 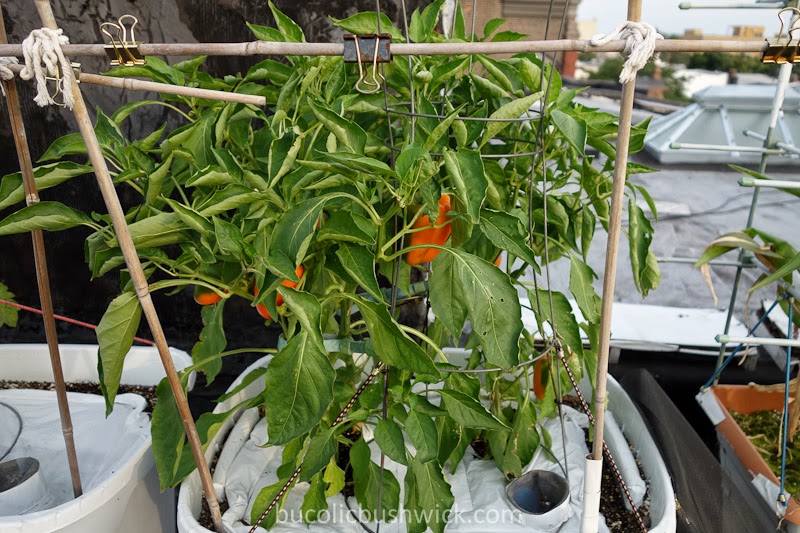 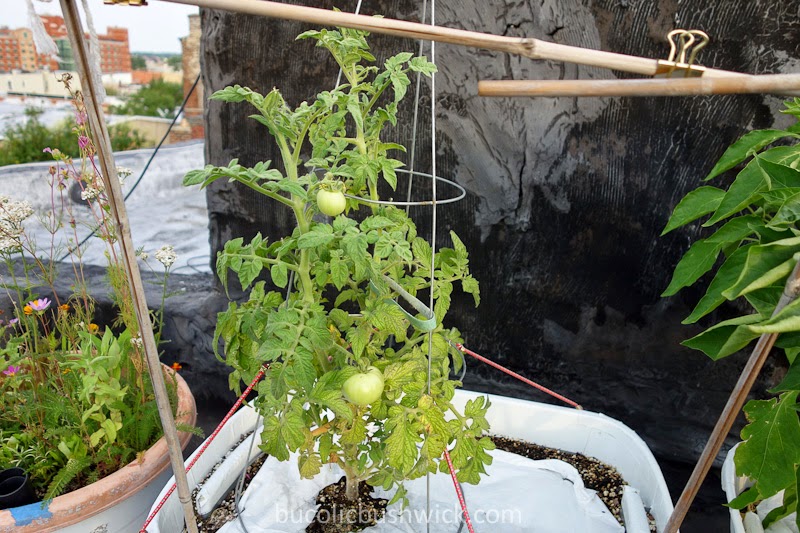 Bush Goliath F1 tomato. Watching this plant produce more fruit as overnight temps cool down has me convinced that the tar wall releases to much heat during summer for plants to thrive. I need to paint it or cover it up before the next growing season. 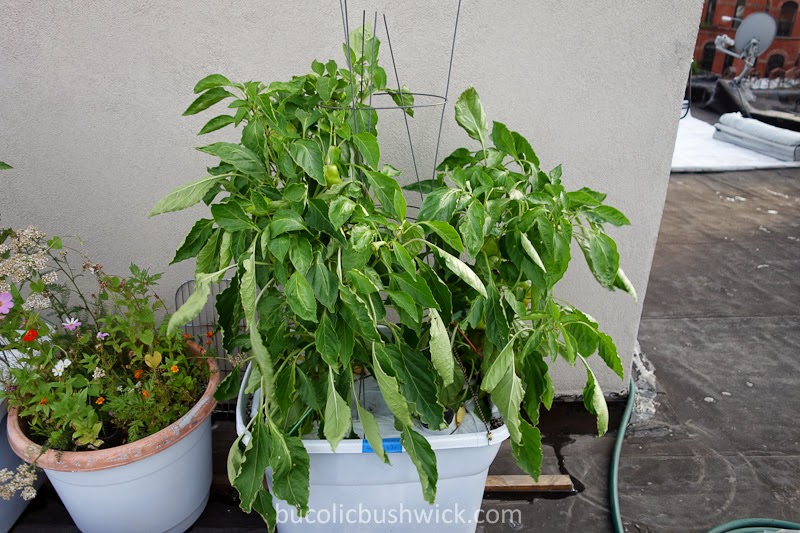 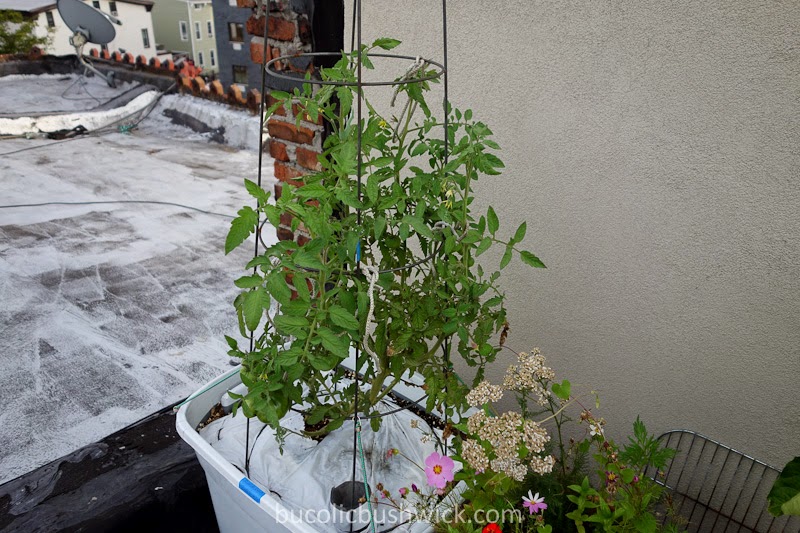 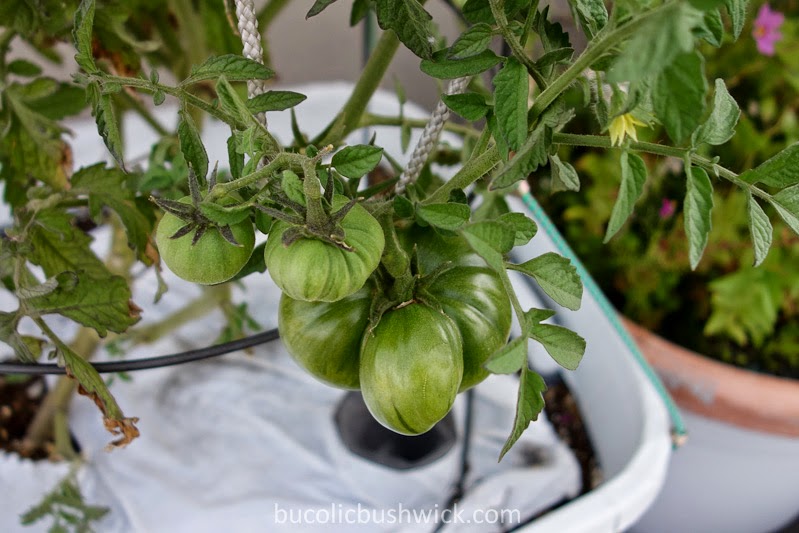