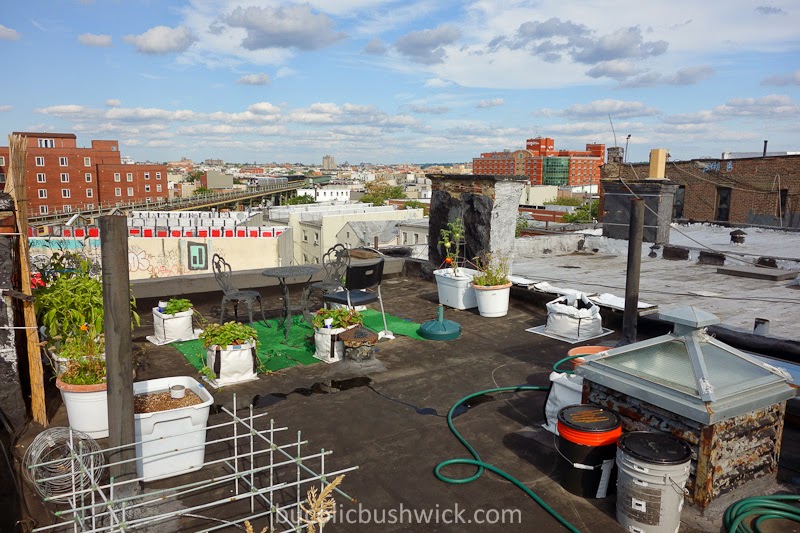 The garden is coasting its way through September. 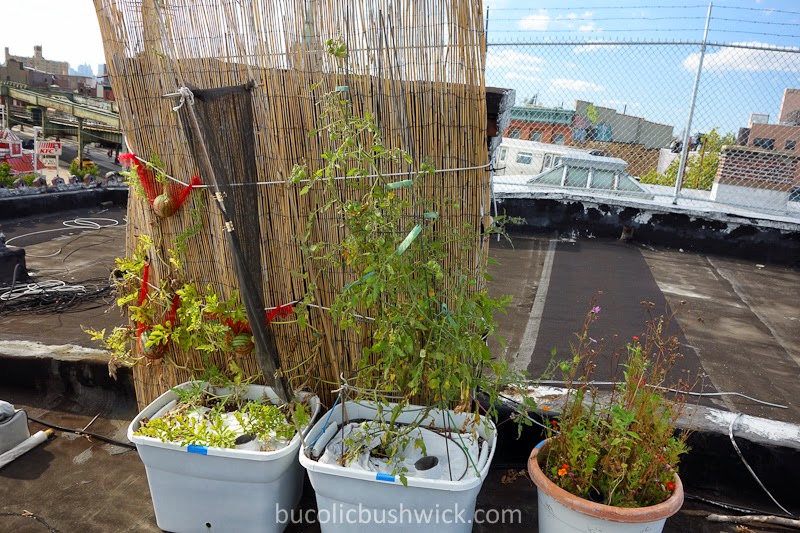 Cooler weather coupled with less fruit on the plants means I only have to water twice a week, sometimes once! It's very liberating. 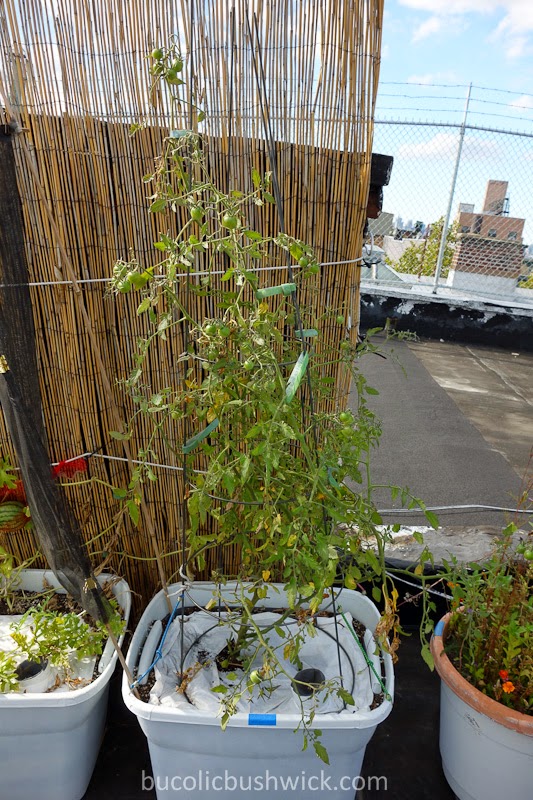 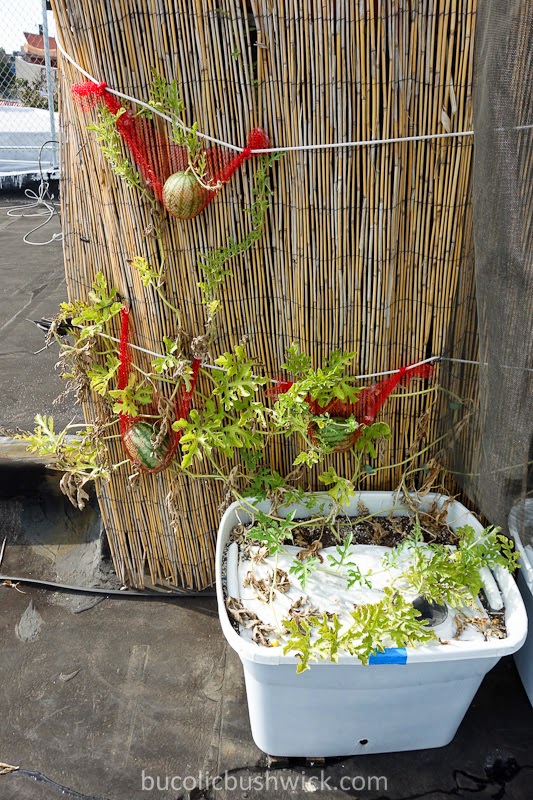 Little Baby Flower F1 watermelon. I doubt these will get much bigger, I should probably harvest them soon. I haven't thought too deeply about them since I've decided that I like cantaloupe type melons far more than watermelons. This will most likely be the last time watermelons will be grown on this roof. 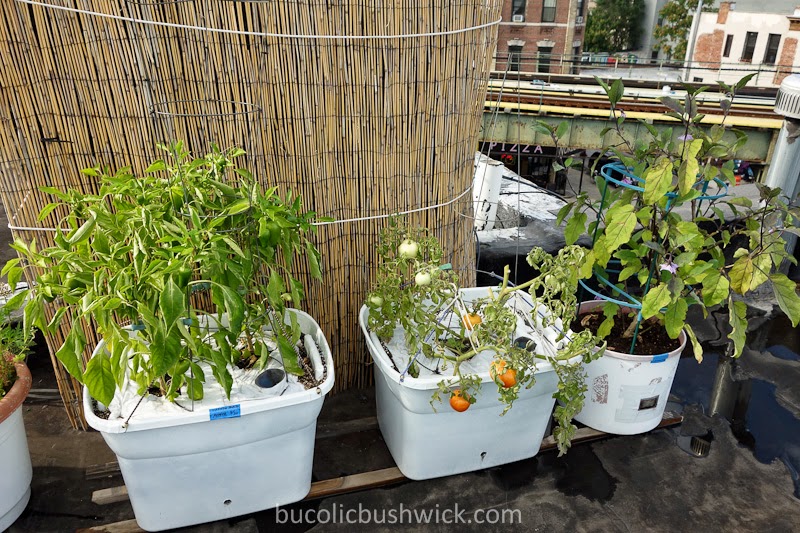 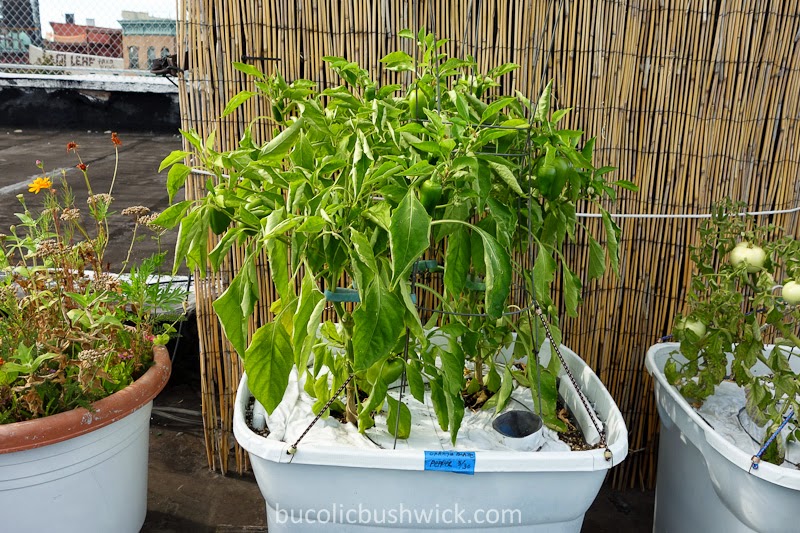 Orange Blaze F1 peppers. It's hard to tell from this photo, but there are a lot of little green peppers on the plants. I doubt there will be enough time for them to turn orange so instead I'm hoping they just get a bit bigger before the weather forces me to harvest them. 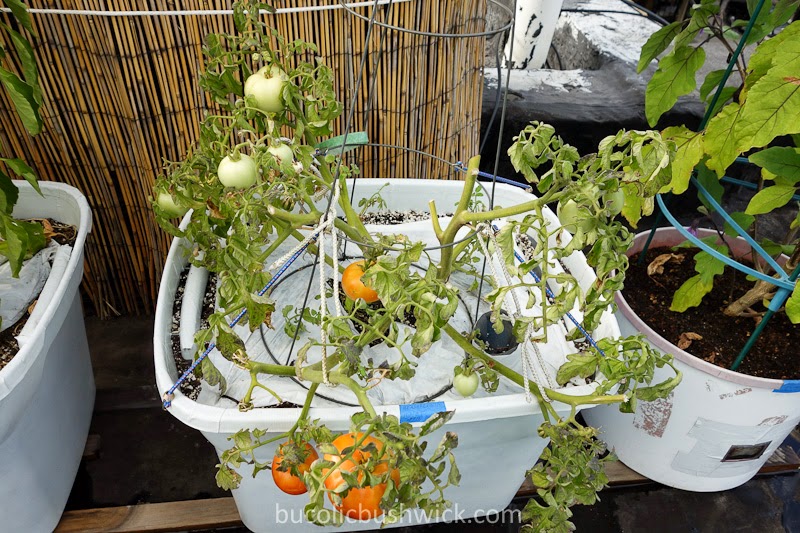 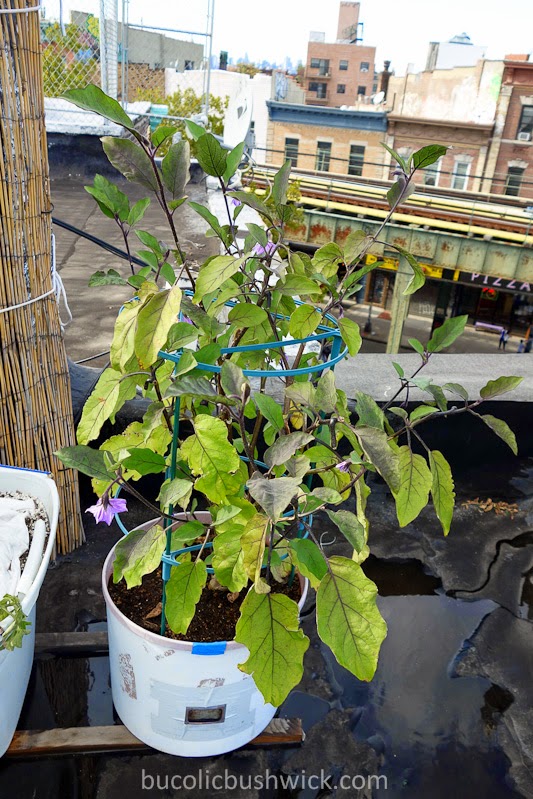 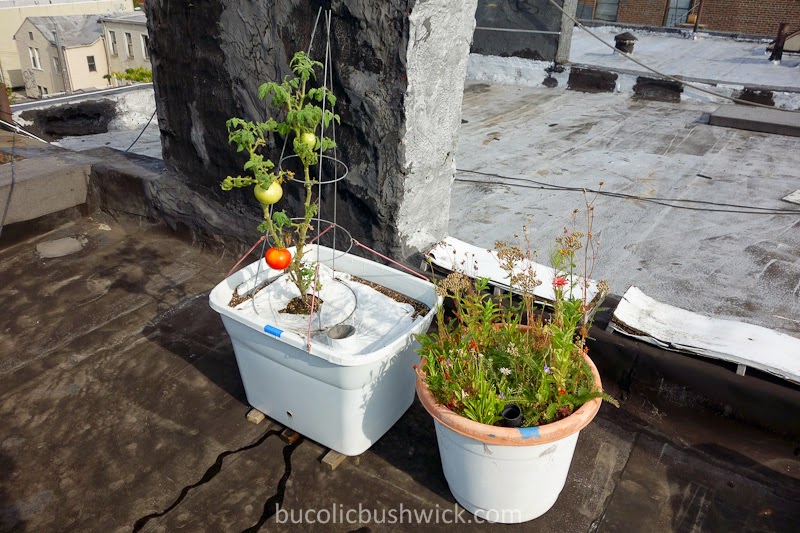 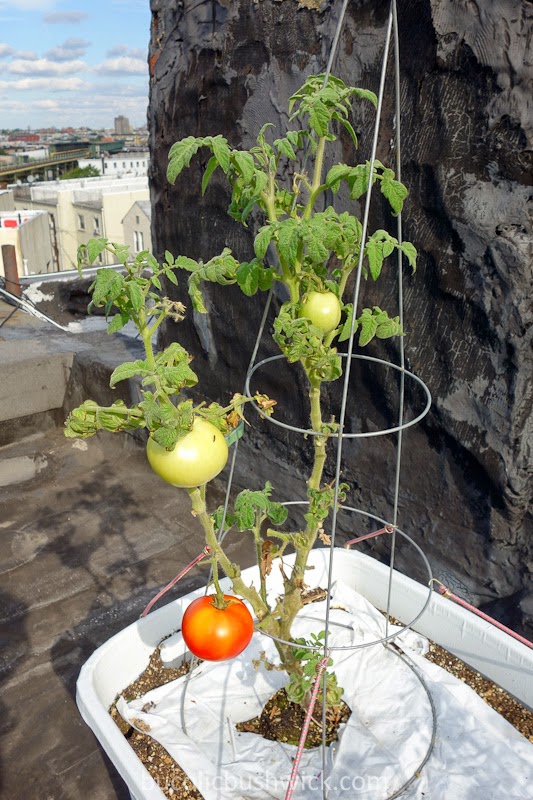 Bush Goliath F1 tomato. This poor tomato plant has not had a good year. It spent most of its life struggling near a hot tar wall and now it's an insect incubator. 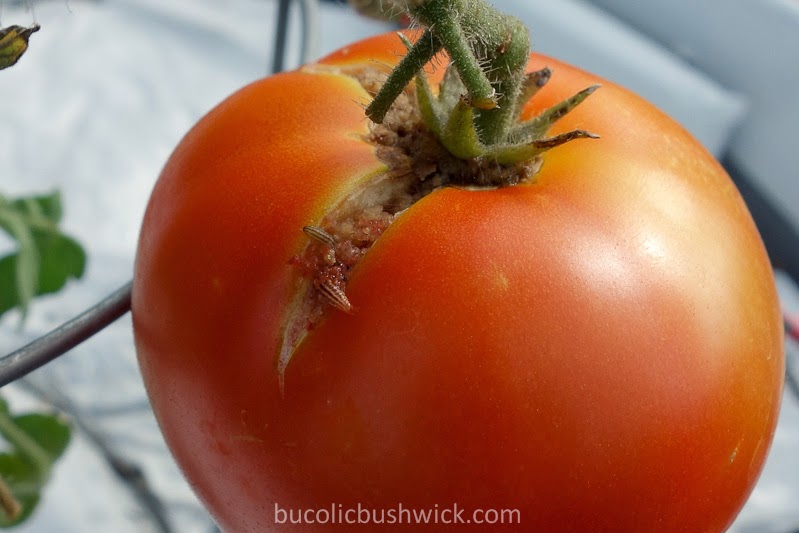 Larvae crawling out of a crack in a tomato. Anybody have any idea what type of insect this is? Morbid curiosity has led me to leave the tomato alone so the little buggers can get bigger and hopefully make identification easier. If this happened earlier in the season I would have removed it immediately, but since we're close to the end I figure I don't have much to lose. 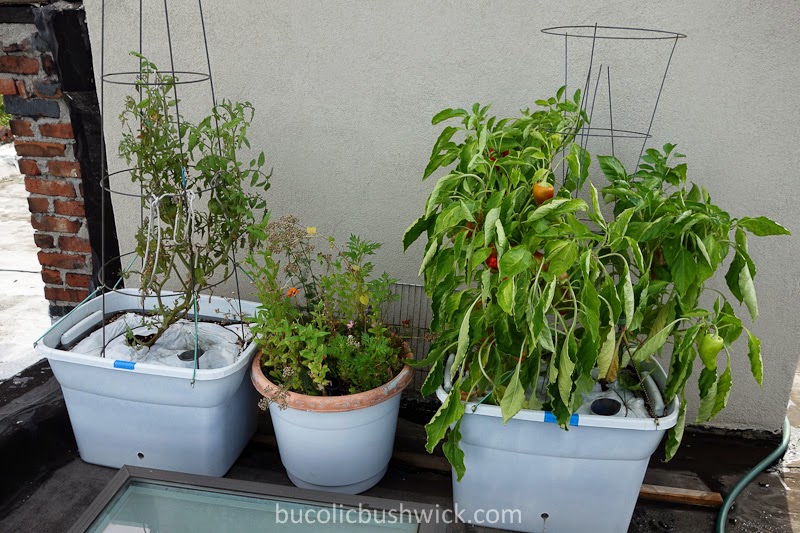 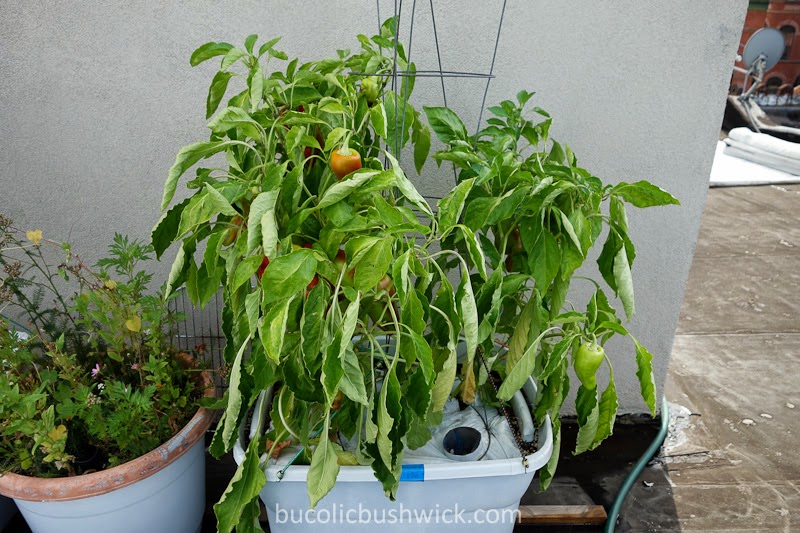 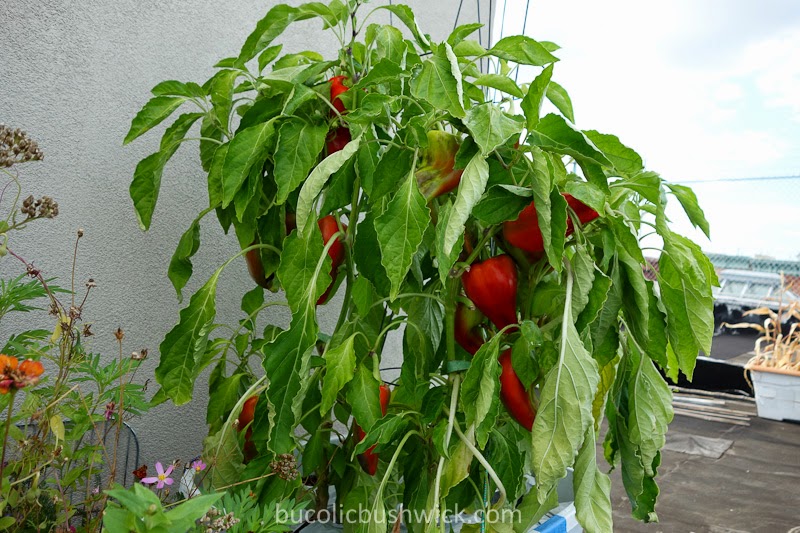 Lots of red peppers on the way. 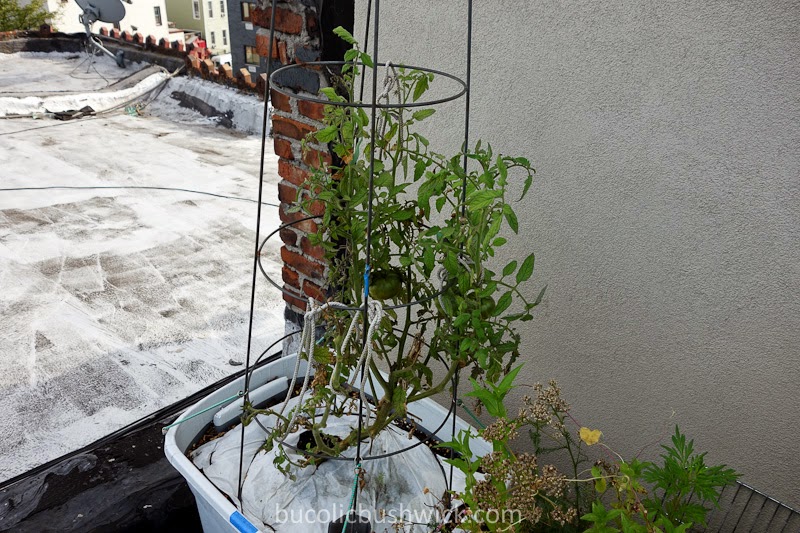 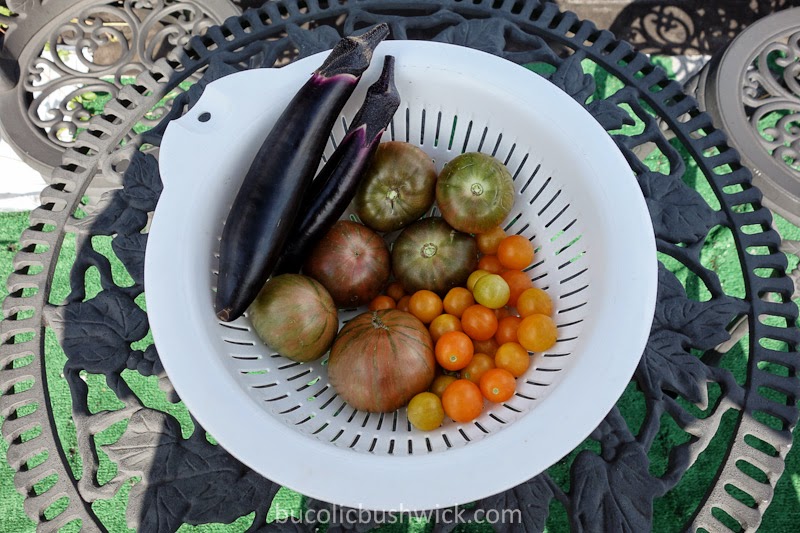